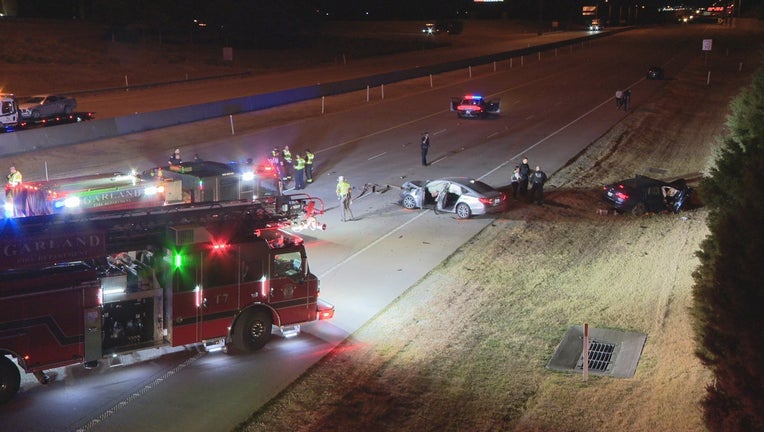 GARLAND, Texas - Three people were hurt in a head-on collision in Garland overnight.

Dallas police said it happened as undercover officers were following a stolen Volkswagen on the President George Bush Turnpike.

The driver of the stolen car came up on some construction, made a U-turn and started driving west in the eastbound lanes. He hit another car head-on near Firewheel Parkway.

The two men in the stolen car and the driver of the other car were all hurt. They were taken to the hospital and are expected to survive.

Police have not yet said what charges the men in the stolen car will face.