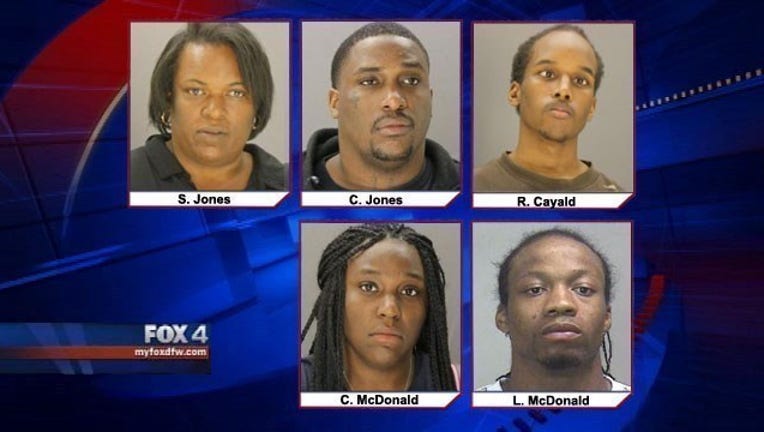 DALLAS - Three more people have been sentenced for jumping on a pregnant teen’s belly to force an abortion after she was raped.

According to court records, 47-year-old Sharon Jones was sentenced to 12 years in prison after pleading guilty to family violence assault.

In 2016, 29-year-old Lonnell McDonald was also sentenced to 10 years for aggravated assault.

According to an arrest warrant affidavit, the victim in the case was raped and impregnated by her older brother in 2012 when she was just 13-years-old. She was living with relatives at the time and when they found out about what happened they got nervous because they didn’t want Child Protective Services removing their children.

Police said the relatives took matters into their own hands.

Sharon Jones allegedly gave the girl emergency contraception pills. When that didn’t work, the affidavit states Cecilia McDonald held the girl’s arms while Lonnell McDonald sat on her pregnant belly and bounced. Cedric Jones then came over to the house and proceeded to kick and punch the girl repeatedly.

The teen was about eight months pregnant at the time and delivered a stillborn baby a few hours later. She was never given any medical attention.

The affidavit also states the suspects tried to dispose of the baby’s body on a charcoal grill. When that didn’t work, Sharon Jones paid Cedric Jones $25 to stash them in an unknown location.

Child Protective Services removed seven children from the home after police got involved. The victim lived with a foster family after the arrests. She is now 19 years old.

The victim’s brother, 24-year-old Robert Cayald, was arrested for raping her. His case is still pending because he was found incompetent to stand trial.