3 charged in killing Pontiac man by suffocating him with bag

PONTIAC, Mich. (FOX 2) - Two men and a woman are facing charges after a homeless man was found brutally murdered in Pontiac last week.

According to the Oakland County Sheriff's Office, the body of 50-year-old Tobby Robert Farrington was found Friday in a grassy area in the 100 block of S. Merrimac Street near Terry Lake. A person walking called 911 after seeing an arm and a leg sticking out from underneath a bed comforter and fresh tire tracks.

Authorities said Farrington was beaten and stabbed in the chest, side, and neck. He also had a plastic bag over his head, and his cause of death was ruled asphyxiation, or suffocation.

According to the sheriff's office, Farrington was staying at a home near Saginaw and Woodward with Wilson and Anthony, who is a grandmother. Bonner frequently visited the home. Farrington would do odd jobs around the house for Anthony in exchange for drugs, authorities said.

Investigators believe Anthony became angry with Farrington over a financial transaction between them.

It isn't known how long Farrington had been staying at the home before his murder. His next of kin was located in Virginia. 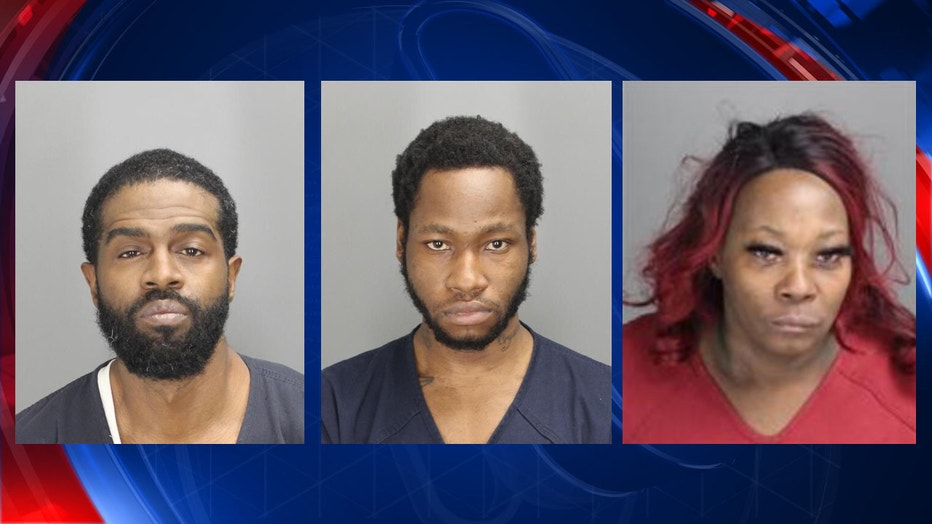 "It is so incredibly sad to see people’s inhumanity to one another," Sheriff Michael Bouchard said. "This kind of senseless, extreme violence will not be tolerated, and I look forward to them being held accountable."