OAKLAND, Calif. - Three alleged gang members have been arrested and charged in the shooting death of a toddler on an Oakland freeway last year, the Alameda County District Attorney said Thursday.

The suspects, Trevor Green, 22, Ivory Bivins, 24, and Johnny Jackson, 28, face charges of murder, shooting at an occupied vehicle, and possession of a firearm by a felon, said District Attorney Nancy O'Malley at a news conference on Thursday.

Investigators say 23-month-year-old Wu was in a car with his mother when he was hit by gunfire. 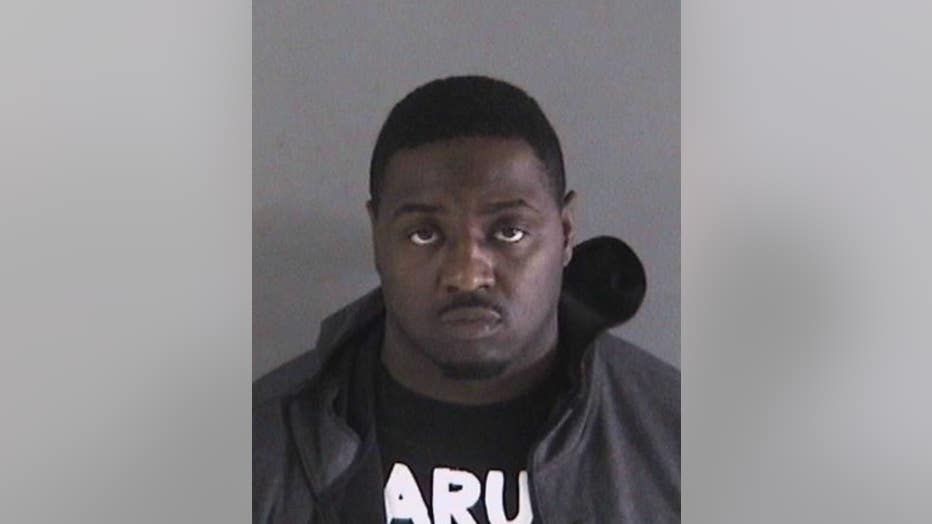 Johnny Jackson, 34, has been arrested for his alleged role in the killing of 23-month-old Jasper Wu as he was riding in a car along Interstate 880 in Oakland.

They were heading home to Fremont from San Francisco and traveling in the southbound lanes of the highway.

Wu was asleep in his car seat when he was shot in the head and killed by a stray bullet fired in the middle of a Saturday afternoon.

His mother, who was driving, was able to stop their car near the Broadway exit. Two other children were also in the car and not hurt.

Investigators said the bullet that killed Wu was still lodged in the seat behind the toddler's car seat when they arrived.

O'Malley said the killing of Wu was the result of gang and gun violence.

"Two rival gangs were having a rolling gun battle on Highway 880, going northbound, across the freeway" she said. "The horrific nightmare for the Wu family and their baby being killed in such a senseless and violent manner can never be reconciled."

Court documents say Green and Bivins are members of the Chopper City gang out of San Francisco.

The pair was traveling in a dark-colored Infiniti G35 when they started shooting at a Nissan Altima, occupied by Jackson and Lee. Jackson and Lee are members of the rival gang, Eddy Rock, also out of San Francisco, documents allege.

Lee was the suspected driver of the Nissan.

He was shot in the lower back during the shootout and went to Zuckerberg San Francisco General Hospital and Trauma Center that afternoon for treatment.

That's where officers recovered the Nissan, riddled with bullet holes and a spent shell case inside the car, officials said.

While receiving treatment at SF General, his hands were tested for gunshot residue, which turned out to be positive. Lee was interviewed and admitted to being shot on the freeway, O'Malley said.

The funeral for 2-year-old Japser Wu will be held in Oakland after he was shot to death on a freeway.

San Francisco police officers also located the other involved vehicle, the Infiniti G-35, which was said to be owned by Bivins. While the car didn't have any bullet holes, officials said it tested positive for gunshot residue.

Countless witness reports confirmed gunfire was coming from the two vehicles while traveling along the highway.

"This is the worst nightmare, an outcome of gun violence and especially gang gun violence, that innocent people are quite literally caught in the crossfire," O'Malley said.

3 arrests in shooting of Jasper Wu

The Alameda County District Attorney’s Office on Thursday announced the arrests of three people in the shooting death of a toddler on an Oakland highway.

The arrests came as a surprise to the Wu family.

"They thought it was about time to give up," said Carl Chan who spoke on behalf of the family. "When they heard about this, they wer so excited…happy but also very sad. They would love to see closure."

In 2021, there were 144 freeway shootings in the Bay Area, according to data compiled by KTVU. Suspects were arrested in 11% of those cases.

Nearly 70% of those shootings occurred in Alameda and Contra Costa counties.

"To those who use the state's highway system as a place to commit shootings and other violent crime, we will go to any lengths within the law to find you and to hold you accountable for your actions," said CHP Assistant Chief Jason Reardon. "Justice will be served."