Yes you are feeling pain at the pump. But is it enough pain to make the jump to an electric car? Consumer reporter Steve Noviello had a full week to test drive the new Chevy Bolt EUV. And the verdict is...

DALLAS - It’s a race to the best power and price to convince consumers it’s time to go all electric. And with a summer of those high gas prices, the industry may be poised for a pivot.

The folks at Chevrolet said they’re ready right now with the 2023 Bolt EUV.

With its panoramic sunroof and crossover styling, the Bolt meets the mark when it comes to affordability. Starting at just $28,200, GM just incentivized the price.

"We actually just took $6,000 off the price to make it a little more competitive in the market," said Dave Ladetto with Chevrolet.

The model I tested costs about $43,000 and includes luxury extras like remote start, vented front seats, an infotainment center, rear cameras, wireless charging, collision warning and even super cruise which allows the car to drive itself on major highways. 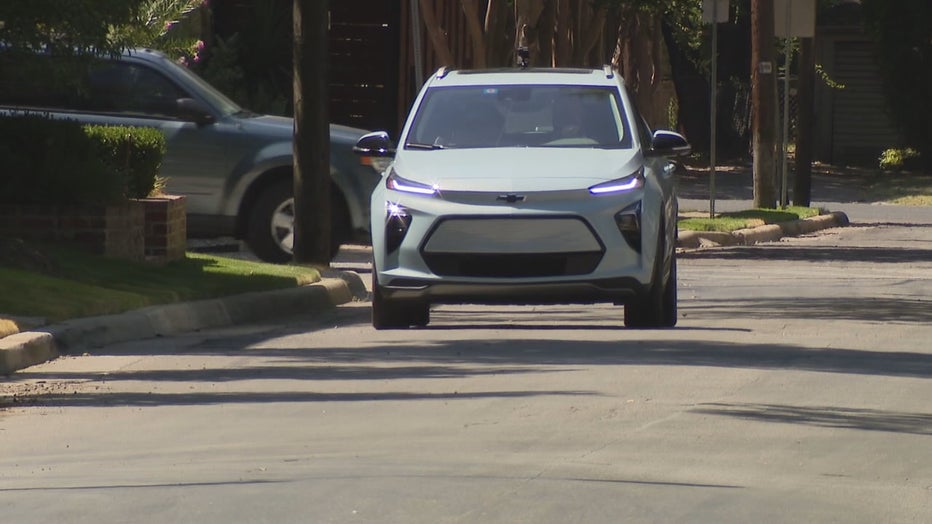 But it’s not without its faults. There were some things that were missing. There’s no push button control for the tailgate or power-controlled passenger side seats.

And the one thing I always look for are power ports inside the armrest, so things like earbuds aren’t left out in the open when they need to charge. This vehicle has none.

What it does have is power – lots of it – and range close to 250 miles standard.

If you’ve never driven an electric before, the difference is immediately noticeable. Step on the pedal and it takes off with plenty of pep.

The Bolt EUV is fun to drive, swift on its feet and very responsive.

During my week-long road test, I drove without regard to conservation to see if with the AC on and phone charging I’d experience the energy anxiety that most fear making the switch to all electric. I experienced none.

In fact, with around-town driving it was two days before I had to charge the Bolt. And even then, I had only used a quarter of its battery.

That’s where you will need to adapt slightly.

The Bolt comes with a standard wall plug which allows you to charge it with no electrical modifications at all – a standard 120 volts and an adapter for 240 volts. 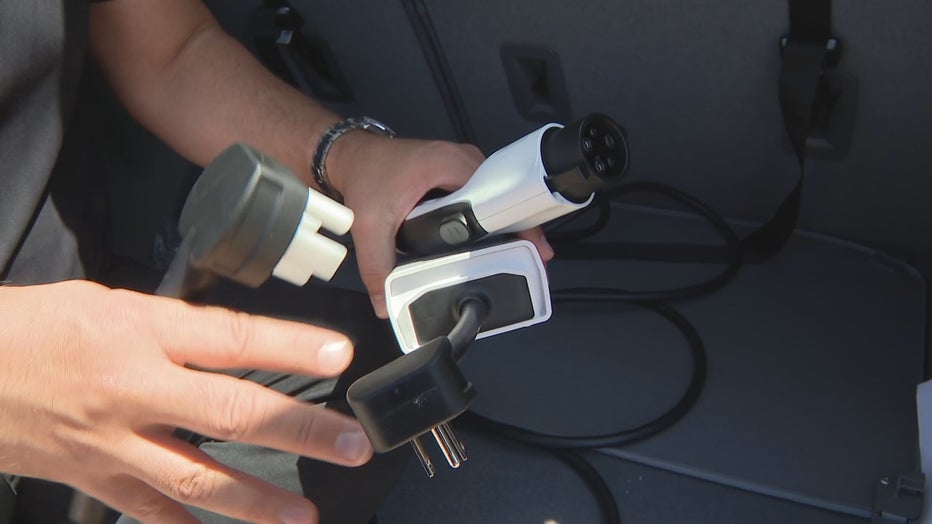 During my test, charging at that power was possible but very sluggish, especially when not set to max performance.

If you’re making the investment, you will want to upgrade to a 240-volt plug. Fortunately, it’s something Chevy will come to your house and install for you for free.

Here’s my green word of caution with any of the all-electric vehicles.

They’re zero emissions once they hit the road but as fare as the eco impact of manufacturing, the battery which powers them… you may have to drive for many, many, many miles before that impact is negated by the clean power they provide.

I asked Chevy for some specific date on the carbon footprint of their battery building process. They instead reminded me of their commitment to a green future.

By the way, that future includes a Blazer EV, Equinox EV, Silverado EV and an all-electric Hummer.