The city of Arlington doesn't have any event-specific data to share, but having some 10,000 World Series fans in town definitely can't hurt business.

ARLINGTON, Texas - The World Series starts Tuesday in Arlington, which has suddenly become the MLB’s home away from home.

The Tampa Bay Rays arrived in North Texas after beating the Houston Astros in the American League Championship Series at one of the baseball bubbles in San Diego.

Now, the Rays and LA Dodgers will play at Globe Life Field in Arlington, where the Dodgers beat the Atlanta Braves in the NLCS.

The city of Arlington doesn't have any event-specific data to share, but having some 10,000 World Series fans in town definitely can't hurt business. 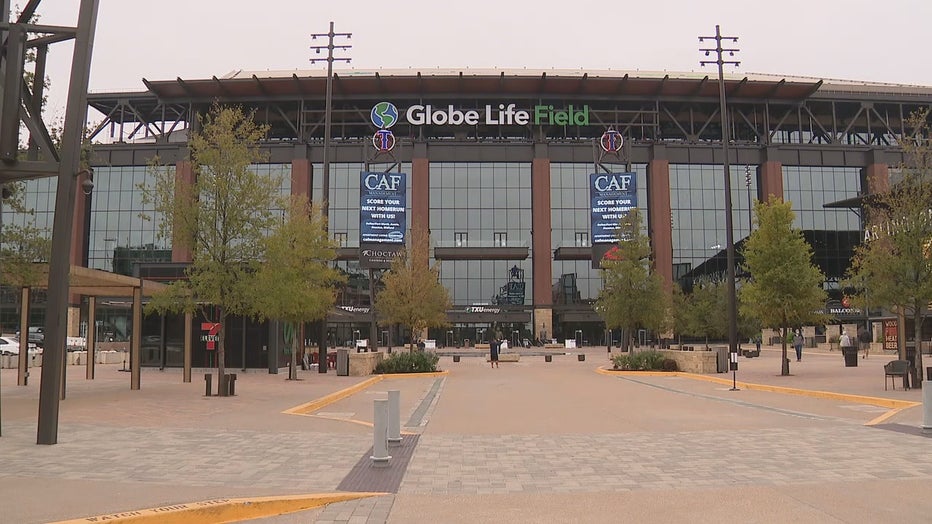 Arlington businesses hit hard by COVID-19 are hoping to cash-in on the reduced fanfare.

“We've been making our adjustments like everyone else trying to stay alive,” he said. “We’re making a living off of all of the events in town. So even if it's a 25% event, that helps out a lot of small business owners like myself.”

Randy Ford with J. Gilligans Bar and Grill says they are too.

“We've been getting some people beforehand; 20, 25 people here and there,” he said.

“People are coming in finding us on Google. Whatever they do they get here, it's helped,” he said.

Like the NLCS at Globe Life, about 11,500 tickets are available for each World Series game. The crowd is spread out across the enormous ballpark.

Nearby hotels are benefiting from the fact that most fans are from out of town, being that Arlington is a neutral site.

Businesses betting on bigger revenue are no doubt hoping the series goes to Game 7.

“We got two of the biggest sports teams in the nation here,” Kobty said.

“It's just a different time for everyone, and it's unfortunate,” Ford said. “But at least we have a World Series in Arlington, Texas.”

Many restaurants were able to set up a spot at Texas Live! They say having an additional location near the ballpark is good for business.