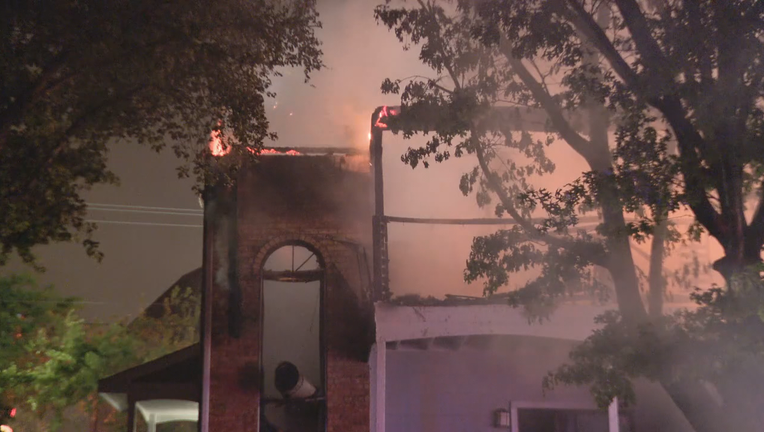 Firefighters said flames were shooting out of the roof when they arrived at the Avalon Villas Apartments, near Highway 183 and 161, not far from the Irving Mall.

The fire started shortly before 2 a.m.

The roof had already collapsed on part of the building by the time fire crews arrived on scene.

“The fire has taken over the top second floor and it extended down into the first floor,” Irving Fire Department Assistant Chief Richard Stewart said. “The building is probably a total loss."

Several people who lived in the building knocked on doors to make sure everyone made it out safely.

The assistant chief said they tried to maintain social distancing as they fought the fire, but the top priority was making sure everyone was out of the building and safe.