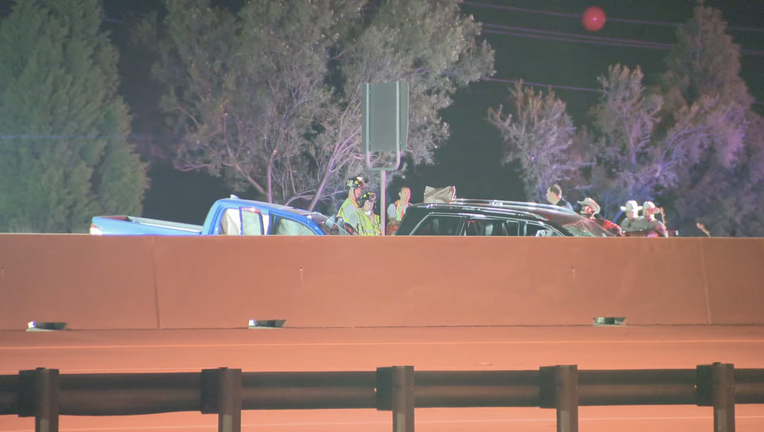 FRISCO, Texas - Two people are dead and three others were taken to hospitals after a wrong-way driver crashed into an SUV on the Dallas North Tollway in Frisco Saturday night.

A Texas DPS spokesman said the crash happened just before midnight on the DNT, just south of John Hickman.

Investigators found that the driver of a Toyota truck was going northbound in the southbound lanes, when the vehicle crashed into a Mercedes SUV head-on.

The wrong-way driver was killed, along with one of the people in the SUV.

There were three other people in the SUV, and they were taken area hospitals. Their conditions were not released.

Troopers are continuing to investigate the crash.