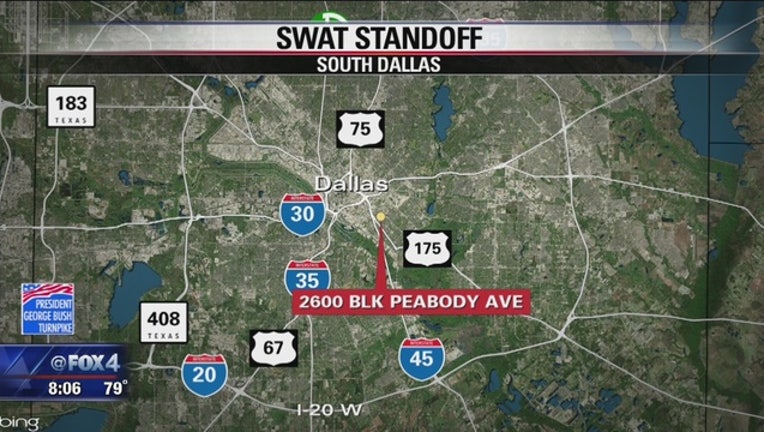 SWAT officers were called to a home on Peabody Avenue near Malcolm X Boulevard around 7 a.m.

Police said there was a fight at the home because a man blocked a neighbor's driveway. During the argument, the man grabbed a gun and began a standoff with officers.

He was finally taken into custody around 10 a.m. A woman wearing handcuffs was also escorted out of the house.