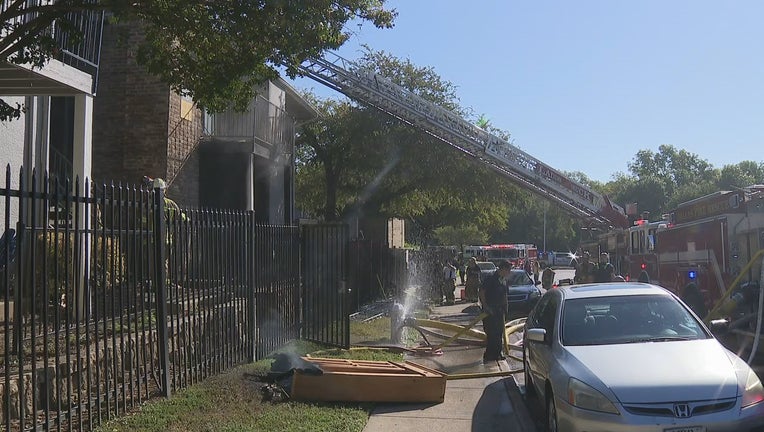 DALLAS - A Dallas firefighter was hurt while trying to rescue people in an apartment fire Tuesday morning.

Dallas Fire-Rescue spokesman Jason Evans said once firefighters arrived they were told some residents were still inside the burning two-story building.

Several firefighters began attacking the smoke and flames while others worked to rescue the trapped residents.

One firefighter was injured after falling from a ladder while rescuing a woman. He was taken to the hospital but is expected to be okay, Evans said.

Two residents were also hospitalized with burns and a third person was treated at the scene for minor injuries.

Investigators determined the fire started in the kitchen of one of the apartments.  A total of four units suffered damage.

The apartment management is helping all the displaced residents.