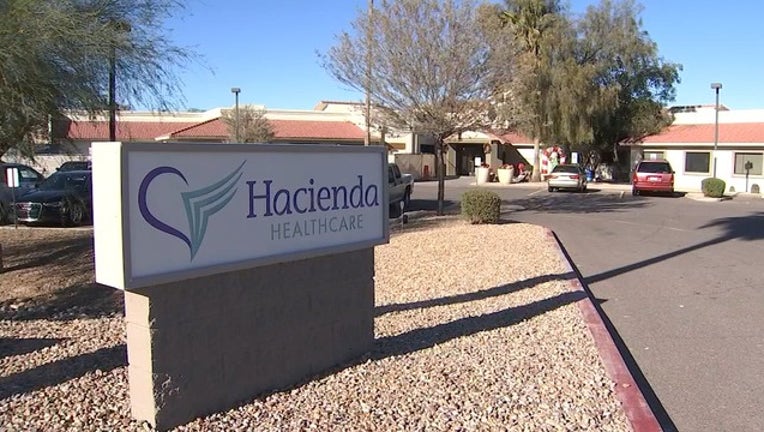 PHOENIX (AP) - Two doctors who cared for an incapacitated woman who gave birth as a result of a sexual assault are no longer providing medical services at the long-term care center in Phoenix.

Hacienda HealthCare says Sunday that one has resigned. The other has been suspended.

The victim in her 20s had been in Hacienda's care since she became incapacitated at age 3 after suffering a near-drowning.

The sexual assault triggered a police investigation and reviews by regulators.

Investigators gathered DNA from men who worked there.

Authorities examined an unrelated allegation that two workers there had yelled at and hit another patient, but police spokesman Tommy Thompson said investigators were unable to corroborate the allegation.