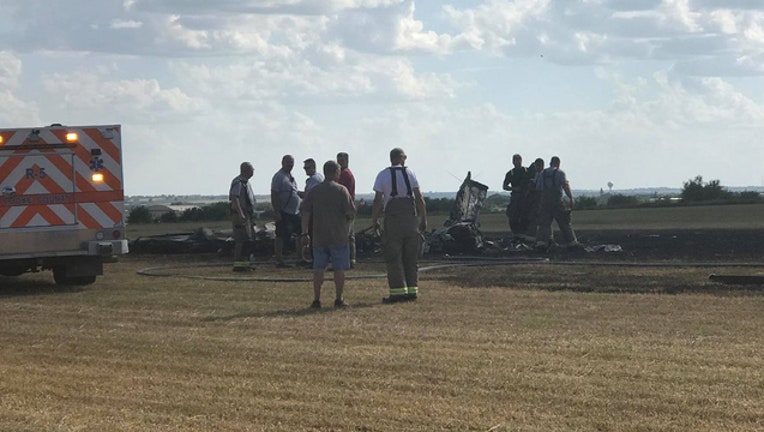 Authorities said the crash happened just after 4:15 p.m. Sunday. The twin-engine plane was preparing to land when it crashed in a field north of the airport.

Student pilot Yu Qiu, 22, died at the scene and the pilot instructor Francesca Norris died at the hospital.

The Federal Aviation Administration will be investigating the crash. The cause is still unknown.