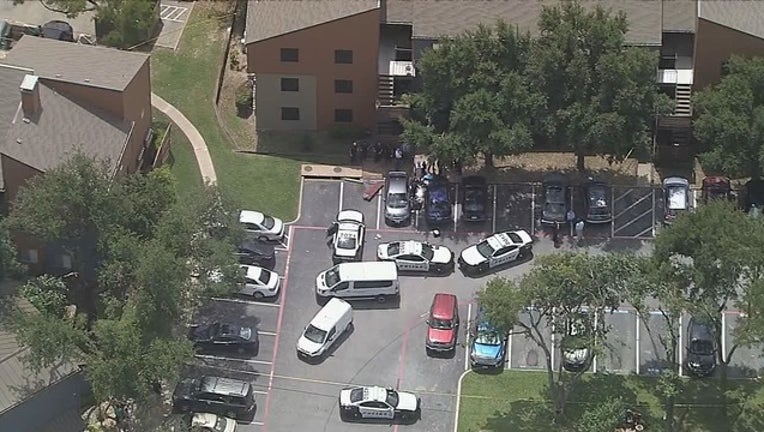 DALLAS - A man shot and killed his ex-wife’s new boyfriend and then turned the gun on himself, police said.

The murder-suicide happened around 9:30 a.m. at the Century Park Apartments near Preston and Spring Valley roads in Dallas.

Witnesses told police Gracia showed up at the apartment complex to talk to his ex-wife and then fatally shot Parks. Gracia then shot himself.

Police believe Parks was in a dating relationship with Gracia’s ex-wife.