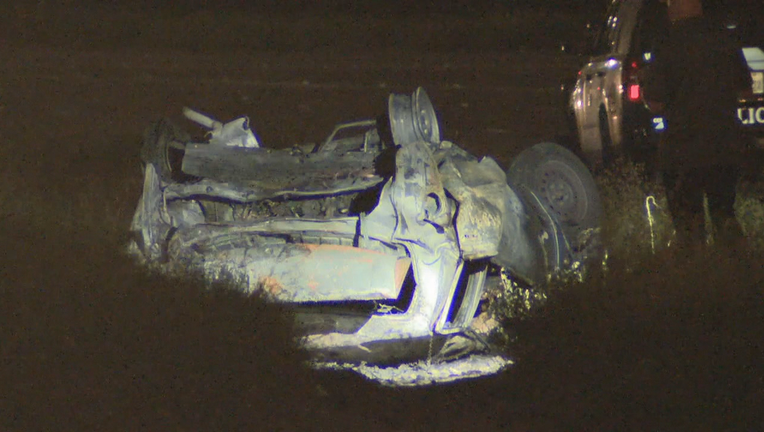 FORT WORTH, Texas - Two people are dead following a fiery crash Friday night in Fort Worth.

Police said the wreck happened at about 9:30 p.m., when a car slammed into the back of a vehicle along West Loop 820, near Chapin Road, on the city's west side.

The vehicle that was rear ended then rolled over and ended up in the median, before bursting into flames.

Police said the two people inside were unable to get out, and pronounced dead on scene.

Investigators believe speed was a factor.

No word as to whether any charges will be filed.