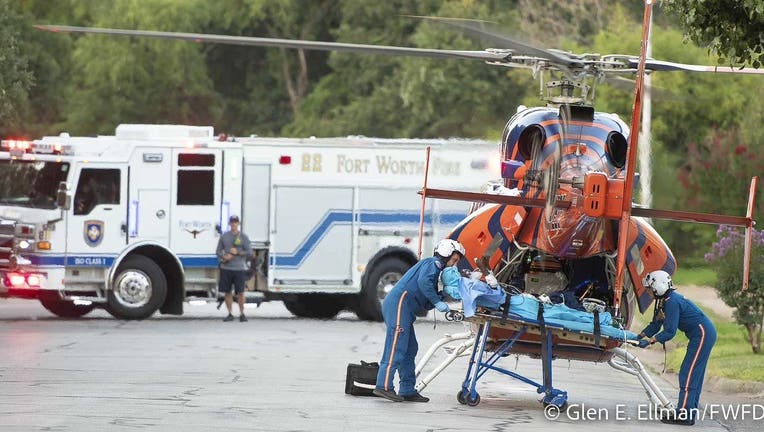 FORT WORTH, Texas - Firefighters rescued two children from a burning apartment in Fort Worth.

The fire started early Sunday at an apartment complex on Meadowbrook Gardens Drive, which is on the city’s east side.

When firefighters arrived, they learned that a man and two children had escaped through a second story window, but two other children were still trapped.

The young victims were pulled from the apartment and then flown to a hospital. There’s no word on their condition.

While the fire was contained to only one unit, it took 80 firefighters and more than three hours to put it out.

The cause is still under investigation.