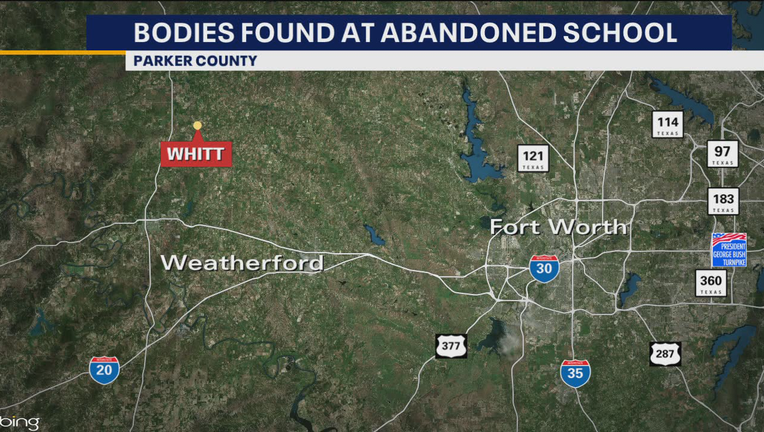 Police in Weatherford said they got a vague call Sunday about someone being in danger.

Then the Parker County Sheriff’s Office got a second call about possible gunfire near an old school with red bricks. No address was given.

"It appears the two males may have died from homicidal violence," Sheriff Russ Authier said. "The official cause and manner of death will be determined by the Tarrant County Medical Examiner’s Office. At this time, our investigators are gathering facts and are attempting to locate possible witnesses regarding this case. As further details become available, we will release additional information."

It’s not clear who first alerted authorities to what happened.