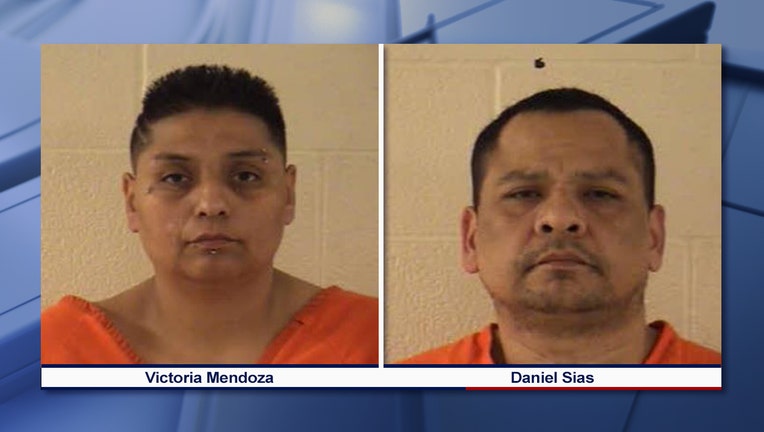 FORNEY, Texas - Forney police arrested two people Monday night after they were found in a vehicle used by porch pirates.

Victoria Mendoza, 38, and Daniel Sias, 47, were arrested on drug charges after police said they found meth and drug paraphernalia inside the vehicle.

They were arrested after Forney officers spotted a green Kia Soul just before 8:30 p.m. on Monday that matched the description of one used by porch pirates.

Mendoza and Sias were the only two people inside the vehicle, and after officers searched inside, they found the meth and drug paraphernalia.

Police said Sias admitted to stealing items from people’s porches, but no stolen items were found inside the vehicle.

The investigation is continuing, and police said more charges are likely.

Anyone with additional information about this case is asked to call the Forney Police Department Criminal Investigations Division at 972-564-7607.