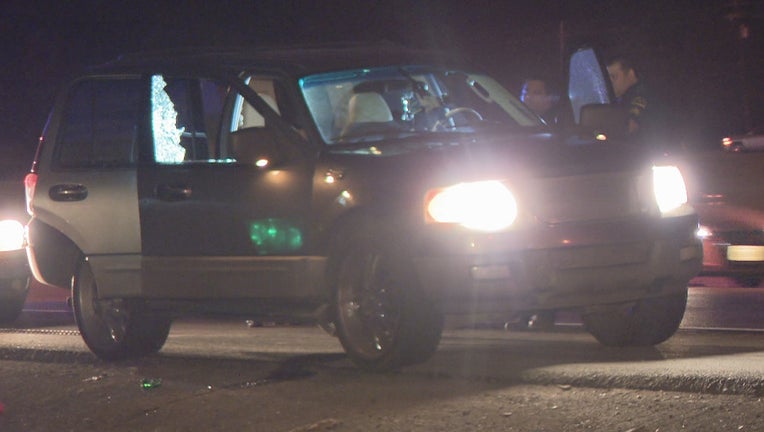 DALLAS - A man and a woman were shot while driving in Dallas just before midnight Thursday.

The victims were in separate vehicles. One was pulling a third car with a chain and the other was following.

Dallas police said someone in a silver Nissan Altima pulled up and fired into the first vehicle near Walton Walker Boulevard and Davis Street in West Oak Cliff.

The suspect then pulled alongside the second vehicle and fired more shots before speeding away.

Both drivers were shot and were taken to the hospital in serious condition.

Two children who were with them were not hurt.

Dallas police said they do not know what led up to the shooting.