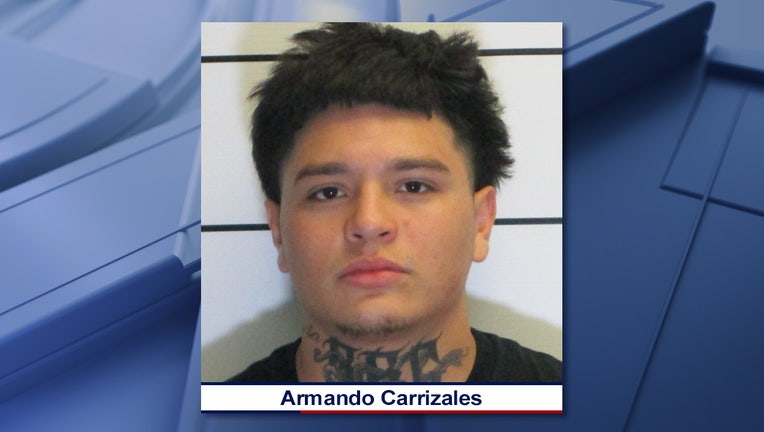 BLUE MOUND, Texas - An 18-year-old accused of stealing a car from Carvana is in custody now after officers in Blue Mound tracked him down in Grand Prairie.

Armando Carrizales was found to have a weapon on him, which is a violation of his parole.

He was arrested and charged with engaging in organized criminal activity, unlawful possession of a firearm by a felon, and a parole violation.

Police said he's also an active member of a gang in the Arlington and Grand Prairie area.