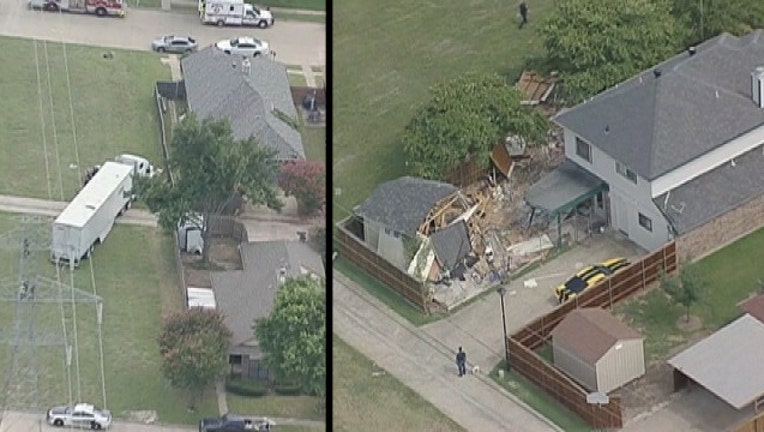 The driver of an 18-wheeler is dead after driving through a backyard and neighborhood in Mesquite.

It wasn’t immediately known what caused the incident, but officials told FOX4 they believe the driver had some type of medical emergency.

Footage from SKY4 showed the path of the vehicle go through a large, grassy field and then through a backyard in the 1600 block of Doubletree, then swerving to barely miss a large electric line tower and stopping before hitting another home.

Officials on the scene confirmed the driver of the 18-wheeler was dead. There were no other reported injuries.

The wreck happened sometime after 3 p.m. Friday. An investigation into the cause is underway.