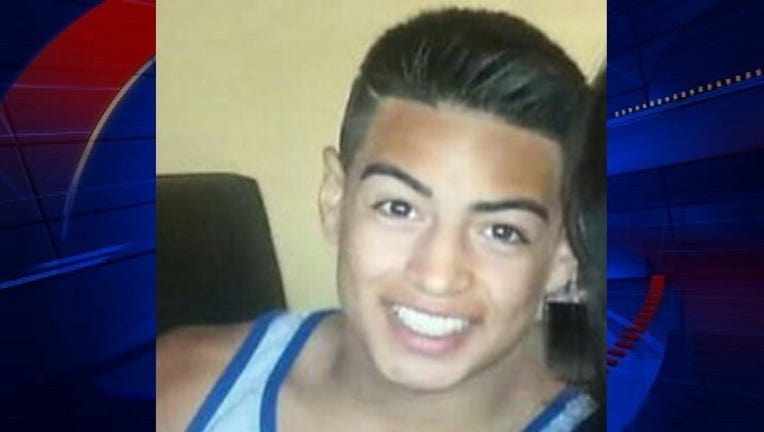 A 911 caller said Wednesday she was panicked about a friend being shot but stayed as calm as possible before a New Mexico dispatcher told her to "deal with it yourself" and hung up as she sought aid.

Seventeen-year-old Esperanza Quintero told The Associated Press that she wished dispatcher Matthew Sanchez had done more to help after her friend Jaydon Chavez-Silver was shot in June. He later died.

In the recording, Quintero snaps at Sanchez for repeatedly asking whether Chavez-Silver is breathing.

"I don't understand how much more I could have stayed calm," Quintero said. "It was upsetting at the time but I didn't have a choice. What more could I have done?"

Quintero told KOAT-TV in Albuquerque that she tried to stop the 17-year-old Chavez-Silver from bleeding and gave him CPR.

"I am keeping him alive!" Quintero is heard saying on the 911 call.

Sanchez asks, "Is he not breathing?"

The caller is then heard frantically encouraging Chavez-Silver to keep breathing.

Sanchez then asks again, "Is he breathing?"

Quintero responded, "He is barely breathing, how many times do I have to (expletive) tell you?"

"OK, you know what ma'am? You can deal with it yourself. I am not going to deal with this, OK?" the dispatcher says.

It seemed from the tape that Sanchez hung up on the caller in mid-sentence.

"No, my friend is dying," she said as the call ended.

Sanchez resigned Tuesday, a day after the recording of the 911 was released.

Fire Department spokeswoman Melissa Romero said Sanchez had dispatched an ambulance to the scene before he hung up and that it arrived less than five minutes after it was sent.

Sanchez was employed by the department for 10 years and was a firefighter before being assigned to a dispatcher job. It was unclear why the change was made or if he had any previous disciplinary actions against him.

Chavez-Silver's mother Nicole Chavez said the family is heartbroken after hearing the 911 call.

"It was like a nightmare coming back all over again and hearing our son fight for his life in the background," Chavez said. "I am deeply upset with the dispatcher, his behavior and response on the call was completely unacceptable."

The family said Chavez-Silver, a recent high school graduate, had enlisted in the U.S. Air Force.

No arrests have been made in the killing.