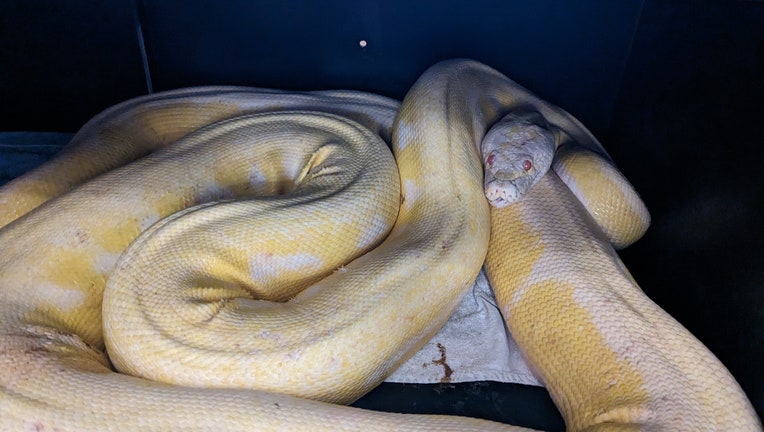 AUSTIN, Texas - A giant python from the Dallas area was finally caught in an Austin neighborhood after it went missing for months.

The Austin Animal Center says a few Austin residents called them about a 16-foot-long albino reticulated python they had captured and kept in their garage.

The residents said the snake was lethargic because of the temperatures, and they were able to grab it.

READ MORE: The Grand Prairie cobra escaped one year ago, it still has not been spotted

Austin Animal Center employees contacted a person from Dallas who posted on Nextdoor months ago talking about it his lost snake, Snow.

The Dallas snake owner told them he was visiting Austin when someone broke into his car.

The thief stole a tote bag with the enormous snake inside.

The python was kept at the Austin Zoo for a day and the owner drove down to be reunited with his long-lost pet.