There are now 1,500 unaccompanied minors staying at the Kay Bailey Hutchison Convention Center in Dallas after being apprehended at the southern border.

DALLAS - There are now 1,500 unaccompanied minors staying at the Kay Bailey Hutchison Convention Center in Dallas after being apprehended at the southern border.

Migration experts said they could be here up to 45 days, before being paired with family.

The surge of unaccompanied children at the border is showing no sign of slowing down.

Customs and Border Protection said more than 9,400 came in February.

For comparison, nearly 5,000 children were detained in December, the last full month under President Donald Trump.

"Sometimes there is not enough shelter capacity. This is one of those times, and that's why the government is turning to these emergency shelter facilities," explained Mark Greenberg, who worked as acting assistant secretary for children and families for the Department of Health and Human Services under the Obama Administration.

He said that while teens are at the Dallas convention center, officials are working to locate family members as sponsors. 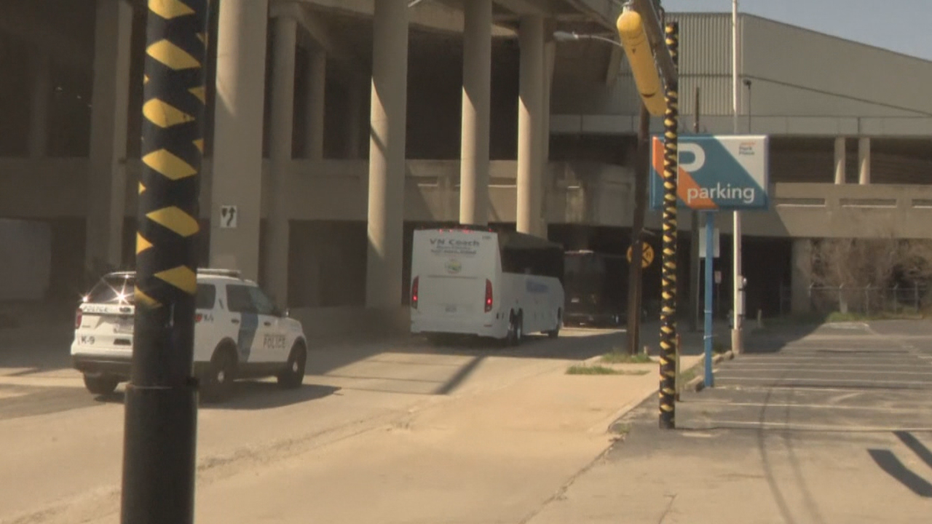 "The length of time before they get released varies over time, but often, in the range of 30-45 days. That’s because before they can release the child, if someone says they are the parent, they need to be sure, they need to do vetting to determine if the person or someone in the home has a criminal history, to check sex abuse registries," Greenberg said.

The reason for the surge at the border has become another political round of finger pointing. With Republicans criticizing the Biden Administration for refusing to call the border surge a crisis and admit that they're overwhelmed.

"We are not expelling vulnerable children, at the same time, we are not encouraging them to make the dangerous journey," Homeland Security Secretary Alejandro Mayorkas said on FOX News Sunday.

Mayorkas blamed the Trump Administration for what he called a "dismantling of the migration process."

The numbers have peaked in the last two months.

Mayorkas has been criticized for not allowing media to see the conditions of the sites at the border or intake sites, like Dallas.

HHS said that while they are in Dallas, children are being tested for COVID-19 every three days.

The federal government is paying Dallas $8 million for use of the convention center.

Greenberg said that while the children are with family, they will wait for asylum proceedings.

He said, most likely, a majority of them will be granted permission to stay in the U.S.