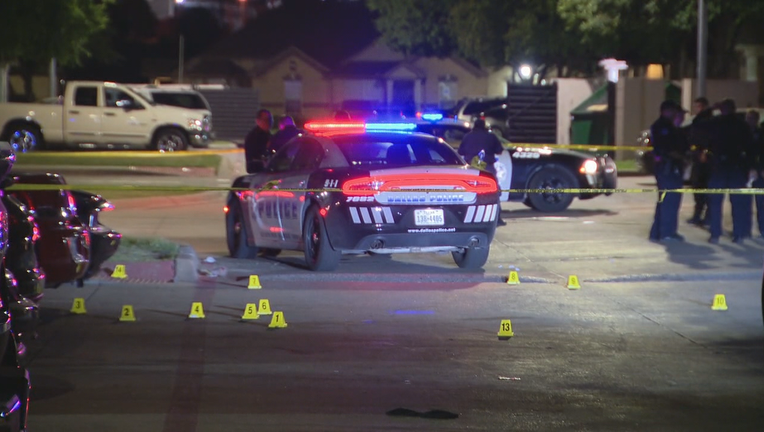 DALLAS - A 14-year-old girl is being treated at a local hospital after being shot in West Dallas late Saturday night.

According to police, the shooting happened at 11:15 p.m., outside an apartment in the 3000 block of Bickers Street.

Officers were called to the scene and found the teenager had been shot in the leg.

Apartment residents and officers helped stop the bleeding from her leg until she was transported to a hospital in stable condition.

Police said some witnesses refused to speak with officers.

Other witnesses told police that a group of people got into a fight that ended in gunfire, and the teen was caught in the crossfire while standing outside.

Police are continuing their investigation to find the shooter.