LAS VEGAS - The FBI in Las Vegas is offering a $10,000 reward to anyone who can offer information that will lead to identifying a boy whose body was discovered by hikers near a trail on May 28.

Officials released an updated digitally enhanced picture of the boy, hoping someone can help identify him.

A mother and metro Las Vegas authorities originally misidentified the 8-year-old boy as a young homicide victim, police said Saturday, after the boy, an older half-brother and their father were all found safe in Utah, Las Vegas Homicide Lt. Ray Spencer told reporters during a late afternoon news conference outside police headquarters.

Spencer announced on Saturday that the 8-year-old boy's "panicked mother" contacted police early that morning to say she had seen news coverage of the homicide and believed the victim was her son, who had been picked up at his home by his father Thursday night. 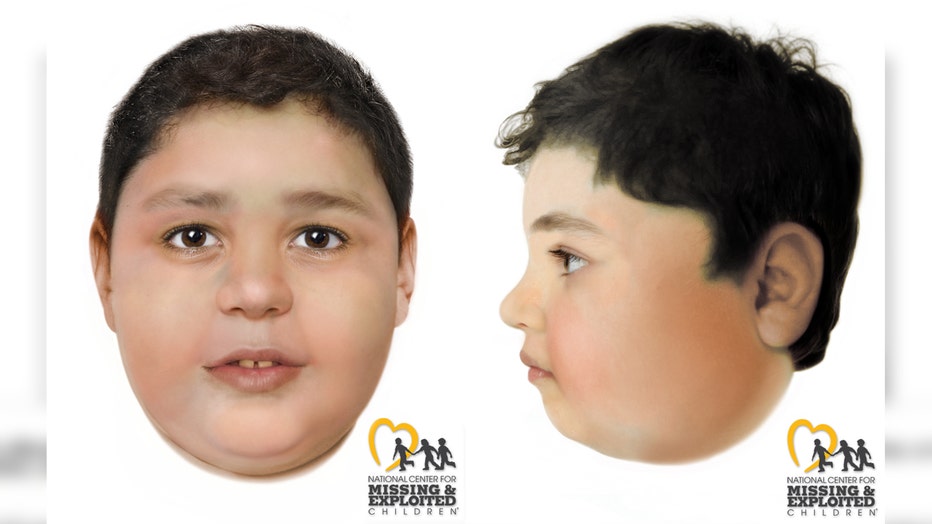 The mother of the 8-year-old "positively identified that child as being her son ..." Spencer said, adding that she signed an identification affidavit. "There is a very, very close resemblance when you look at those photos, the autopsy photos, and the 8-year-old child."

Because the 11-year-old half-brother's location and well-being were unknown, police announced they were looking for him and the boys' father, 37-year-old Jose Montes-Herrera, Spencer said.

"We are going to do everything we can when the safety of a child is involved. That is exactly what we did," Spencer said.
But it turned out that Montes-Herrera was with both boys in central Utah in an unspecified area without cellphone coverage, and the father was found with the help of Utah authorities, Spencer said.

That produced confirmation the 8-year-old boy was alive and safe, Spencer said.

"We are still in the situation right now where we have not identified the child that was found out in Mountain Springs yesterday morning," Spencer said, referring to the area where the boy was found near a trailhead along State Route 160 between Las Vegas and Pahrump.

"We are still scouring hundreds of tips that we are receiving and we are continuing to work around the clock," he said.

The Las Vegas homicide section can be reached by email at homicide@lvmpd.com. Anonymous tips can be sent to Crime Stoppers at 702-385-5555 or online at www.crimestoppersofnv.com.