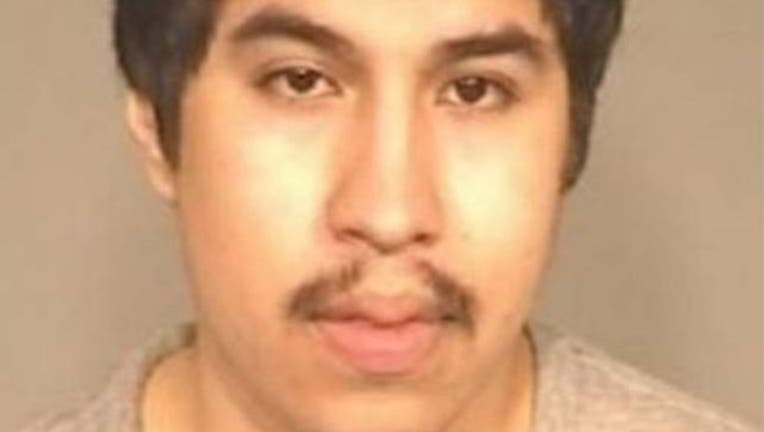 FRESNO, Calif. (KTVU) - A 10-month-old Fresno girl is hospitalized after being shot in the head Sunday by a man who allegedly was angry that the baby's mother rejected his advances at a party.

According to the Los Angeles Times, the suspect, Marcos Antonio Echartea, 23, fired into a car with the baby, her mother, and a male friend inside.

The baby girl, Fayth Percy, is listed in critical but stable condition after undergoing surgery Sunday to remove bullet fragments from her head.

"It tears my heart up to see a baby of that age laying in the hospital," Dyer said.

Investigators say the girl's mother, 18-year-old Deziree Menagh, had gone to a gathering at a home on East Hammond Avenue with the baby, Fresno Bee writes.

When Menagh went inside the home, she saw Echartea, whom she’d met a week prior.

He tried to grab her hand, but she pulled away.

Authorities say she then went outside to tell people what had happened.

Later, Echartea tried to pull the mother onto his lap. She rejected the advance and pulled away again.

Menagh went inside the home to get her baby before leaving the party with a male friend.

Detectives say as they were driving away, the suspect shot three times into the car.

One of the bullets struck Percy in the head as her mother was holding her.

Echartea was arrested Sunday on suspicion of three counts of attempted murder.

Police believe he's a suspect in another that shooting that involves an ex-girlfriend.

In that incident, Echartea fired into a home that was occupied by the woman's current boyfriend.

Dryer said one of the bullets penetrated a wall and almost struck a 1-year-old who was inside.