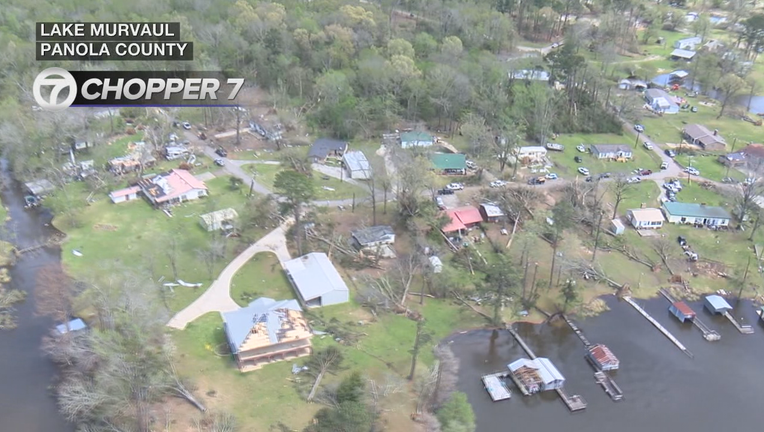 CARTHAGE, Texas - One person was killed after severe weather, including a tornado, caused damage in several communities in East Texas, authorities said Sunday.

The deadly storm also damaged homes and shops in Carthage.

Walta Campbell, who lives near Carthage, said she saw the tornado.

"(There’s a) window in front of my bed. I raised it up, I could see it coming through here. I could see the funnel," she told the newspaper.

The National Weather Service said it had sent teams to the area to survey the damage.

Officials in neighboring Rusk County reported some damage from the severe weather but no fatalities or major injuries.