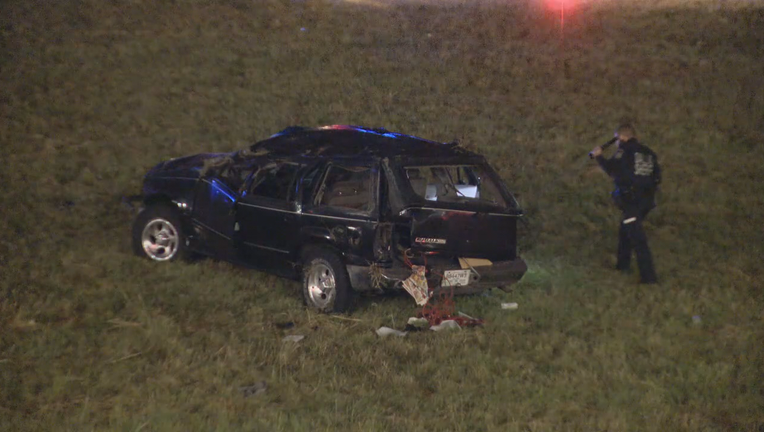 DALLAS - One person was killed in a crash on I-20 early Sunday morning.

The crash happened just before 2:30 a.m., near Wheatland Road on the interstate’s eastbound lanes.

One of the vehicles overturned off the side of I-20 and into a ditch.

The driver of the vehicle was taken to a local hospital, where he later died.

Authorities are continuing to investigate what caused the crash.