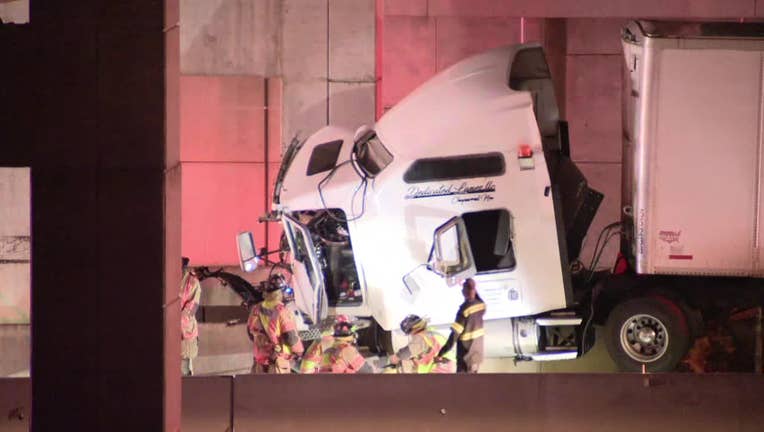 Police said a semi was headed west on the freeway when it crashed into a bridge pillar.

The driver was pinned inside the truck’s cab for 20 minutes before first responders pulled him out. 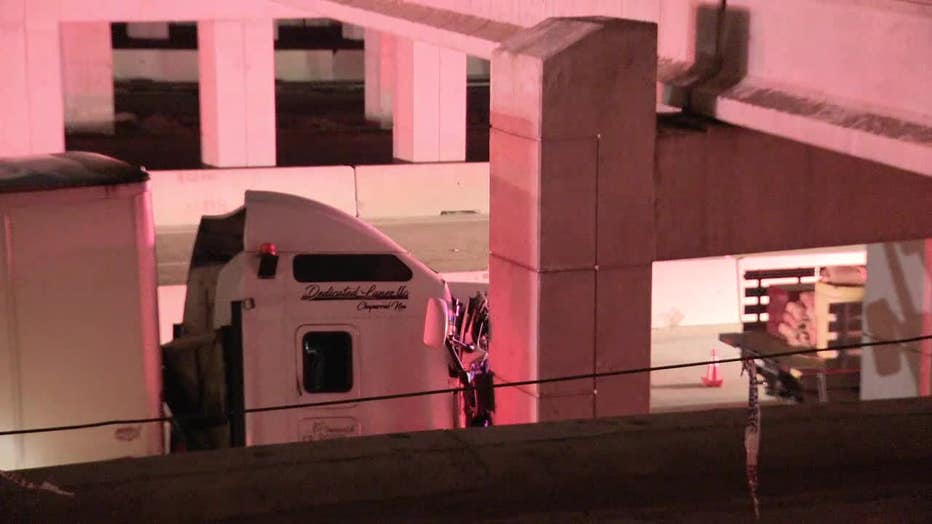 He’s now in the hospital in serious condition.

Hazmat crews were dispatched to clean the road.  It caused traffic delays in the area during the morning rush hour.

Police are still investigating the cause of the crash.