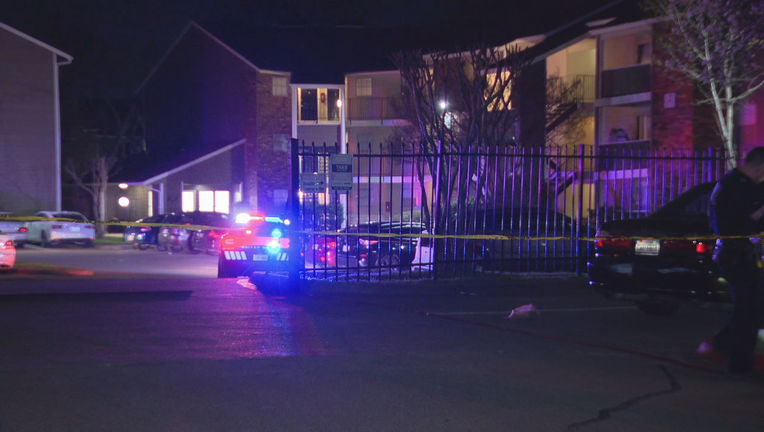 DALLAS - One person was killed and two others were hurt in a shooting early Saturday morning in Dallas.

The shooting happened just after 2 a.m., when officers were called out to the 9500 block of Wickersham Road.

Responding officers said they found a man who had been shot to death and left in the second floor stairwell of a Lake Highlands apartment complex.

A short time later, officers found two other men who had been shot nearby.

Those two people were taken to a hospital.

No arrests have been made, and police are working to piece together the details of this shooting.