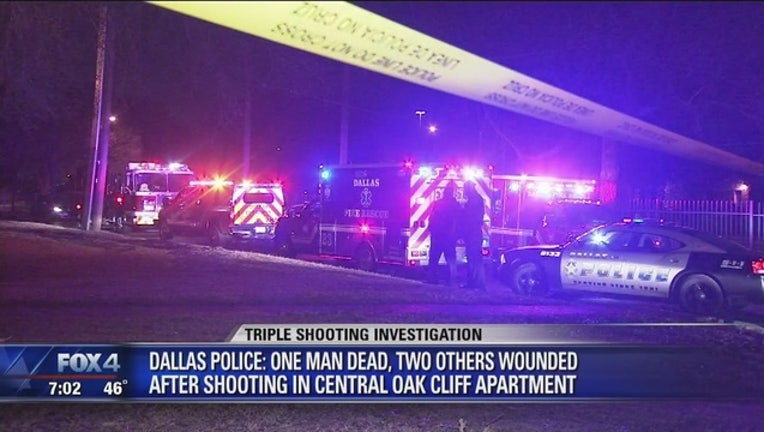 DALLAS - One man is dead and two are recovering from gunshot wounds after an argument that may have been drug related.

Dallas police said the men were found in an apartment building near Zang Boulevard and Claredon Drive in Oak Cliff early Monday morning.

One man died at the hospital. The others are expected to recover.

Police believe the man who died shot the other two.