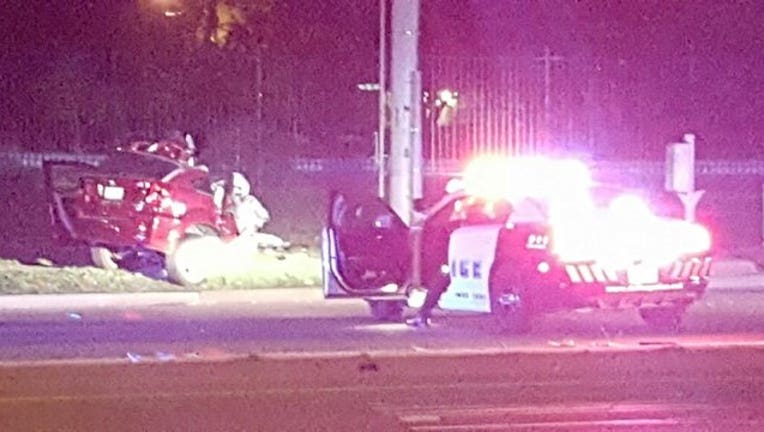 One person is dead and another sent to the hospital after a wreck Tuesday night near the Dallas medical district.

Emergency crews responded to the pin-in wreck near the intersection of Inwood Road and Southwestern Medical Avenue Tuesday around 9 p.m.

One person was declared dead at the scene. Another person was sent to a local hospital with unknown injuries.

Officials have not released the identity of the person killed.

The cause of the wreck is still under investigation.