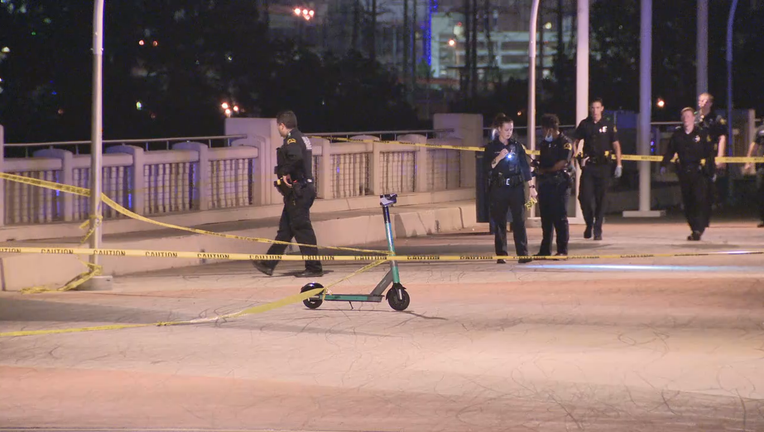 DALLAS - Dallas police are investigating a shooting that left one man dead and another in critical condition early Saturday morning.

Police said officers were called out just before 2 a.m. for a shooting call at the Trinity Skyline Ronald Kirk pedestrian bridge in West Dallas.

Responding officers searched the area and found two victims who had been shot.

Both were taken to a local hospital, where one was pronounced dead, and the other remains in critical condition.

Police searched the area for the shooter, but no suspect was located. The investigation into this shooting in ongoing.