NEW YORK - U.S. equity markets closed lower across the board giving up earlier gains as investors took profits and reassessed the progress of a potential coronavirus treatment.

The Dow Jones Industrial Average fell 390 points or 1.59 percent while both the S&P 500 and the tech-heavy Nasdaq Composite reversed gains ending the session lower by 1.05 percent and 0.54 percent respectively.

The major averages all gained at least 2.4 percent on Monday, in part due to Moderna, which released positive Phase 1 trial results for an experimental COVID-19 vaccine.

On Tuesday investors sold the shares after the pricing of a $1.34 billion stock offering and amid questions that the company's Phase 1 trial data was not comprehensive enough, as reported by Statnews.

In Washington, Federal Reserve Chairman Jerome Powell and Treasury Secretary Steven Mnuchin testified in front of the Senate Banking, Housing and Urban Affairs Committee Tuesday over steps taken to support the economy amid the pandemic, which forced lockdowns across much of the U.S.

Meanwhile, Home Depot took an $850 million coronavirus-related charge as its first-quarter profit slid 11 percent from a year ago.

Kohl’s reported a wider-than-expected loss as sales plunged 44 percent from a year ago.

Elsewhere, Amazon and J.C. Penney are reportedly in deal talks, according to the fashion-industry trade journal Women’s Wear Daily, after the latter filed for Chapter 11 bankruptcy protection on Friday. 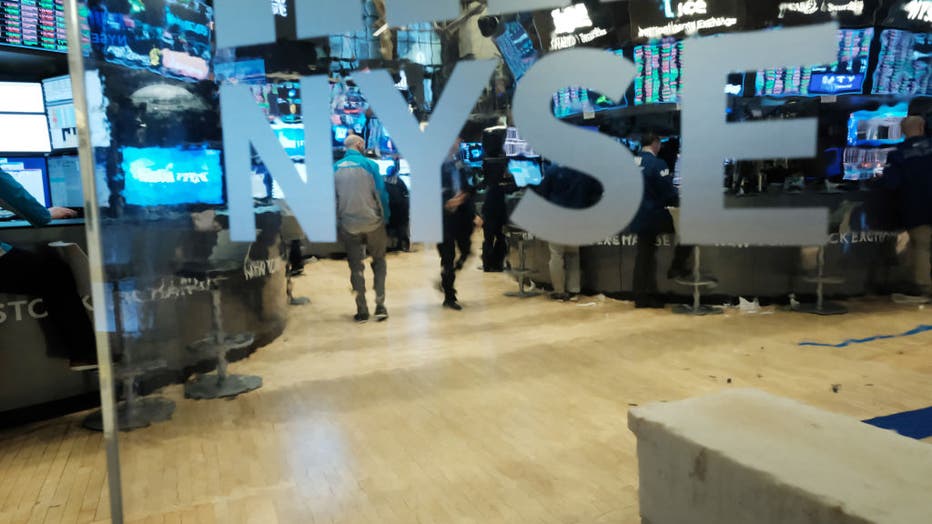 Traders work on the floor of the New York Stock Exchange (NYSE) on March 20, 2020 in New York City. (Photo by Spencer Platt/Getty Images)

Delta Air Lines will add flights to keep planes at no more than 60 percent capacity through at least July, Reuters reported, citing sources it didn't identify.

Exchange operator Nasdaq will tighten restrictions for initial public offerings, which will make it harder for Chinese companies to list, people familiar with the matter told Reuters.

Proposed rules include a mandate that companies from some countries, including China, raise at least $25 million in the IPO and requiring auditing firms to make sure international franchises meet global standards.

West Texas Intermediate crude oil for June delivery rose 2.14 percent to $32.50 a barrel ahead of Tuesday’s expiration, and gold rose fractionally to $1,744.20 an ounce.

U.S. Treasurys ticked higher, pushing the yield on the 10-year note down to 0.711 percent.