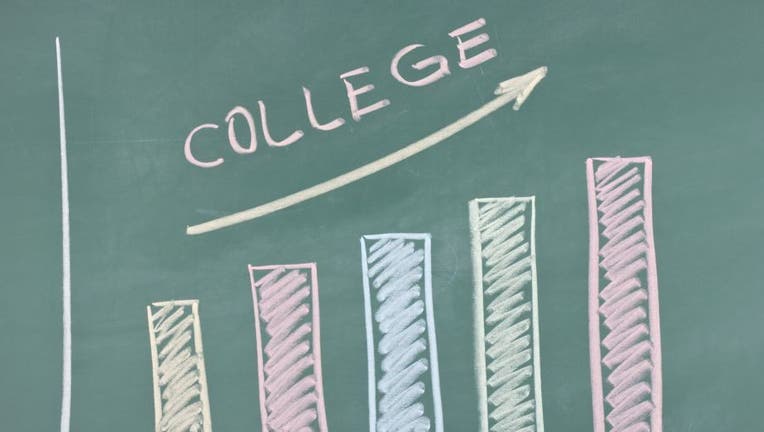 Colleges are anticipating problems due to low enrollment rates, but for students, it could spell opportunity. (iStock)

For current college students, the coronavirus pandemic has largely meant a shift from traditional on-campus learning to taking classes fully online. For this year’s incoming class of students, however, the spread of the virus seems to have had a more substantial impact.

Despite May 1 being the traditional college acceptance deadline, according to a poll of graduating high school seniors by the Art & Science Group, 40 percent of the students had not yet made a deposit by the time the poll was released in the last week in April.

An additional 12 percent reported that, even though they initially made a deposit, their plans changed and they are no longer planning on attending their top-choice school in the fall. Instead, many plan to do a gap year or complete a virtual internship.

It seems that findings like these are not unusual as many eschew the idea of taking out private student loans just to go to school online. Accordingly, colleges and universities across the nation scramble to hit their enrollment numbers for the coming academic year.

Here’s a closer look at some ways that higher learning institutions are dealing with the effects of the pandemic.

Of the $2.2 trillion in economic relief that is being distributed in the CARES Act, $14 billion was allocated to go to U.S. colleges and universities. Of that $14 billion, $6 billion goes to student financial aid and the rest goes to the institutions themselves.

However, that figure may be nowhere near what’s needed. A spokesperson for the American Council on Education, the main higher education lobbying group in the United States, told World University Rankings that sector-wide losses of $50 billion are probable, even if classes resume in the fall through distance learning.

On the deficits that the public universities and colleges under his purview face, Dr. Aaron Thompson, President at the Kentucky Council on Postsecondary Education, had this to say:

3 THINGS TO KNOW BEFORE BORROWING FOR COLLEGE

“In Kentucky, we’ve had budget cuts for many years to public higher education. Many [colleges and universities] are heavily dependent on the students paying tuition. Without the students there, it’s problematic. They’ve had to cut programs, faculty, and staff to maintain a business model that works, but it’s a sustainability issue.”

While the University of Kentucky itself is facing a $70 million shortfall, across the country, many institutions have also been signaling dire financial straits. For example, Central Washington University recently declared a “State of Financial Exigency” and the Vermont State College System has announced plans to close three of its campuses.

To start, more than 400 colleges and universities pushed back their admissions deadline from May 1, 2020, to June 1, 2020, in hopes that more students would feel comfortable making a commitment to online college as more states start to reopen.

For his part, Dr. Thompson was frank about his office’s efforts to boost enrollment in light of the uncertainty surrounding the pandemic. They are in charge of setting the minimum admissions criteria for the state’s public higher learning institutions.

“We created a ‘test-optional’ policy,” he said, “ Most of our campuses have adopted this policy to make sure that students who, for whatever reason, were unable to take a standardized test have the option to apply. However, in addition to offering the opportunity to more students, we also did it to maintain a level of enrollment.”

HOW TO CHOOSE THE BEST STUDENT LOAN REFINANCING OFFER

So far, in addition to the schools in Kentucky, about 51 colleges and universities around the country have dropped the standardized testing portion of admissions criteria for incoming students in the Fall of 2020, according to a recent list from the National Center for Fair and Open Testing.

Still, more school admissions offices are digging into their waitlists to fill their enrollment quotas. A spokesperson from The University of Michigan told The Michigan Daily that they started offering acceptances to waitlisted students in April, well ahead of the May 1 deadline.

They were hoping, he said, to make up for a decline in international student matriculation. After all, many of the country’s international students pay full tuition without the aid of student loans. However, picking from the waitlist may have paid off because the Univerity of Michigan is reporting that it’s on track to meet its goal of having 7,182 students enroll this fall.

While long-term economic impacts loom for many oF the institutions themselves, for many students, the pandemic may actually bring an unprecedented opportunity.

In that light, Dr. Thompson advises students to take advantage of the new, relaxed admissions policies that many schools are offering. He encourages them to try for those institutions that they thought they might not be able to get into before the pandemic hit.

THIS IS WHY STUDENT LOAN REFINANCING RATES ARE GOING DOWN

”If you’ve got a good high school GPA and are engaged in the community, now they’re going to look at you,” he says.

In his mind, a college education is more important for students to pursue than ever. It may just be the thing that keeps them afloat in the next economic downturn, whenever that may be.

If you’re ready to figure out how you’ll pay for college, use an online tool like Credible to compare student loan rates from multiple lenders at once and check out their student loan calculator to estimate the cost behind taking out student loans.