Good Day viewers have watched Chip Waggoner's son, Benjamin, grow up. They cheered him on when he became an Eagle Scout and celebrated when he got his Baylor ring. This summer, he's interning for the Texas Rangers -- a team he and his dad have bonded over since he was a child.

ARLINGTON, Texas - Good Day viewers have watched Chip’s son, Benjamin Waggoner, grow up. They cheered him on when he became an Eagle Scout and celebrated when he got his Baylor ring earlier this year.

This summer, he’s landed his dream internship with the Texas Rangers.

It’s no secret that Chip is a huge Rangers fan. So is Benjamin.

Benjamin said he has countless memories of attending Rangers games with his dad.

"My dad could see everything and he was like, ‘Son, get your hand out right now, like right now!’ Basically, I got high fives from every Rangers player. That is like a night to remember, kind of made me a Rangers fan for life essentially,’ Benjamin said. 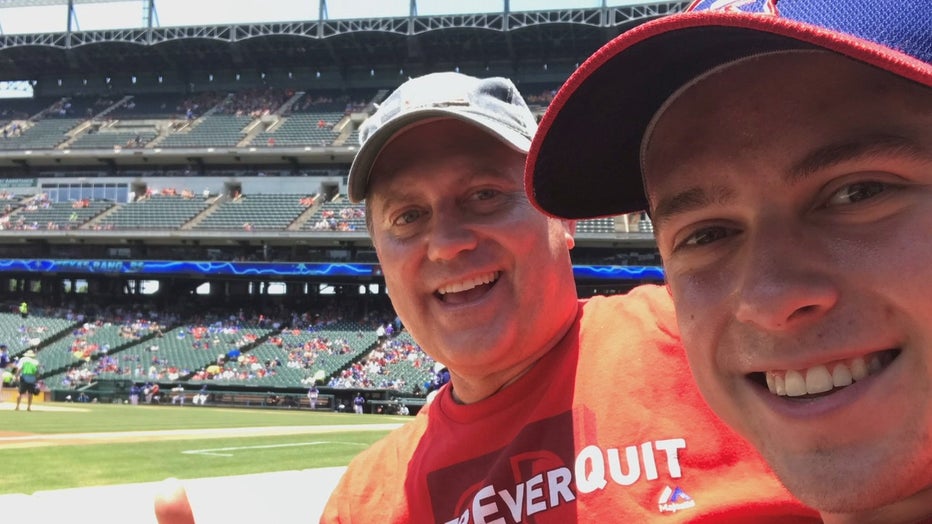 There’s also the time he grabbed his dad’s photo to take video.

"As soon as I hit record, Hamilton smashes the ball. It goes way out. I get the fireworks. I get the whole thing all on camera. It was the most exciting experience," he said.

As a marketing and digital media student at Baylor, Benjamin is once again combining his love of video and baseball. He’s got a summer internship in the Rangers’ Ballpark Entertainment Department.

"I’m learning about the editor software Adobe Premiere, learning how to use it," he said. "I’m also getting to be here at the baseball games and really just being able to watch from the control room seeing how the buttons work, how the Jumbotron up there is used." 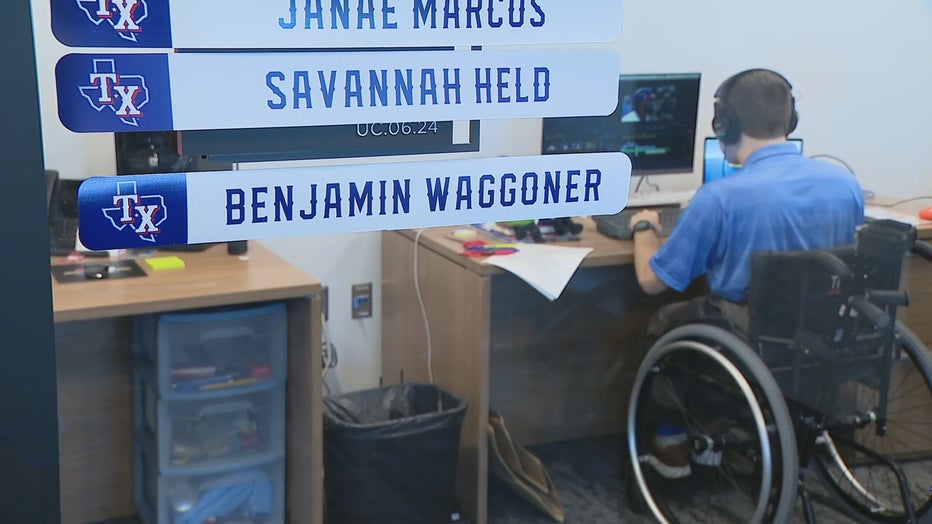 It’s another chapter in Benjamin’s story. He was born with a rare form of spina bifida and has shared his life milestones with Good Day viewers over the years.

"I just hope that what they take away from it is not, ‘Wow, look at all these accomplishments I’ve done.’ Really, all of it is about what God has done through my life in reaching out to people," Benjamin said.

While he’s looking forward to his senior year in Waco and many more milestones ahead, for now he’s making the most of his internship – a dream for any Rangers fan.

"To get to work for them and be here nearly every day and watch the Rangers play and make videos about them is just a dream come true," he said.

Benjamin emphasized the importance of networking. He said that’s how he got the job. He made connections over the years and reached out when he heard about the opportunity.

He was also persistent and kept emailing until he finally heard back and got the job.