Morning storms cause some flooding, traffic troubles in North Texas

Showers and thunderstorms that developed over the Dallas – Fort Worth area Thursday morning caused many traffic problems and some power outages.

DALLAS - Showers and thunderstorms that developed over the Dallas – Fort Worth area Thursday morning caused many traffic problems and some power outages.

Texas Department of Transportation crews got out in knee-deep flooding along Interstate 35E and Inwood Road during rush hour. They used shovels and tools to try to clear the gutters and get water flowing off the road. 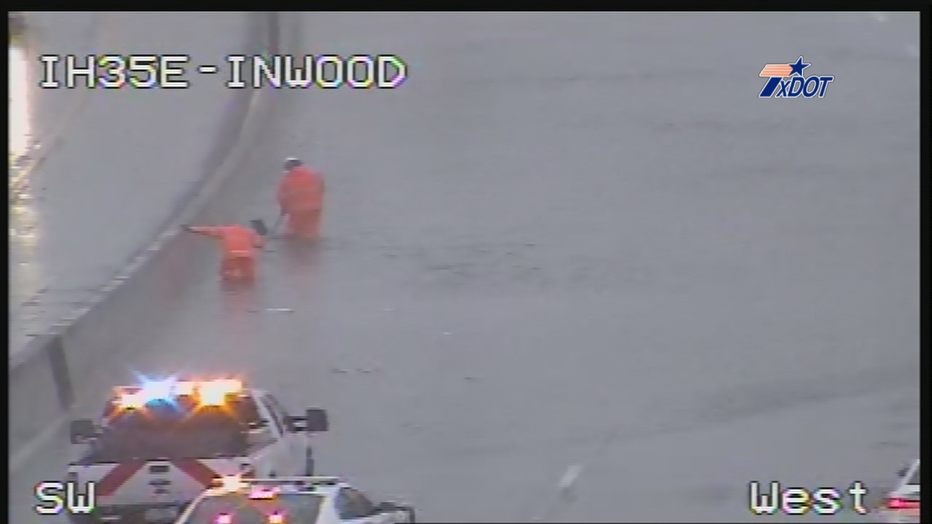 Water pooling on the roadways made driving hazardous in many areas including Preston Road and Royal Lane in Dallas. In some areas, the water was so high police had to shut down streets and intersections.

"The rain, I was kinda scared of hydroplaning," driver Caleal Williams said.

There were several vehicles involved in mishaps and accidents, with many of them captured by TxDOT cameras.

It was a morning commute fit for a fish, and as some described it, for drivers who seemed to ignore the need for extreme caution.

"A lot of people hesitant to get over, and the people that were getting over without, you know, paying attention. Just careless lane switching. That’s about it. As long as you're cautious out here, you should be fine," one driver said.

The widespread downpour in North Texas skipped around. Switching from torrential, to trace amounts falling, depending on where you ventured and when.

"It was just a lot of water, a lot coming down. Pretty good drainage where I was, I was on the freeway," driver Janet McTaggart explained.

McTaggart and her tiny passenger made their commute without any problems.

With weather advisories in place and more rain in the forecast through Friday, drivers can expect the soggy driving conditions to continue for another day.

It has Williams on the lookout.

"Just unsafe drivers, people we have to watch out for. You don't drive just for yourself, you drive for everyone else as well,” she said.

One school bus went off the road and got stuck in the mud in Fort Worth. It was loaded with children at the time but thankfully none were hurt.