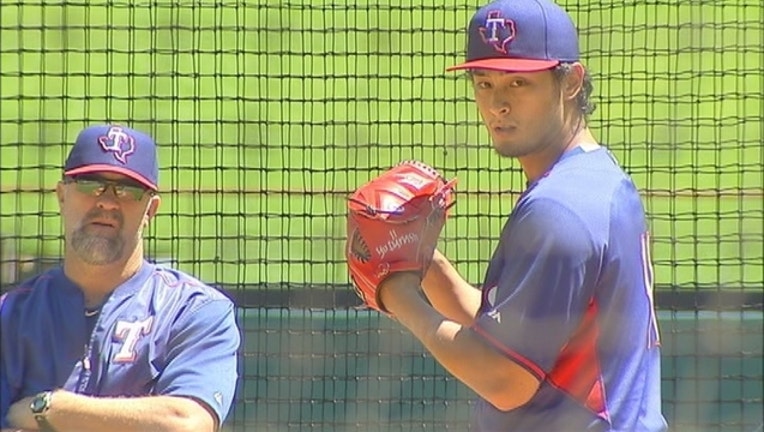 FRISCO, Texas (AP) — Yu Darvish threw 18 of 32 pitches for strikes in a rehab start Sunday, the first game for the Texas Rangers ace since Tommy John surgery more than 13 months ago.

Darvish worked two scoreless innings with two strikeouts and one walk for Double-A Frisco against Corpus Christi, an affiliate of the Houston Astros.

The right-hander from Japan said he was happy with the outing and being able to pitch two healthy innings. He was right in line with the Rangers' plans for him to go two innings or about 30 pitches.

Darvish last pitched in a major league game on Aug. 9, 2014, then missed the end of that season because of right elbow inflammation. He pitched only one inning the following spring before surgery on March 17, 2015.