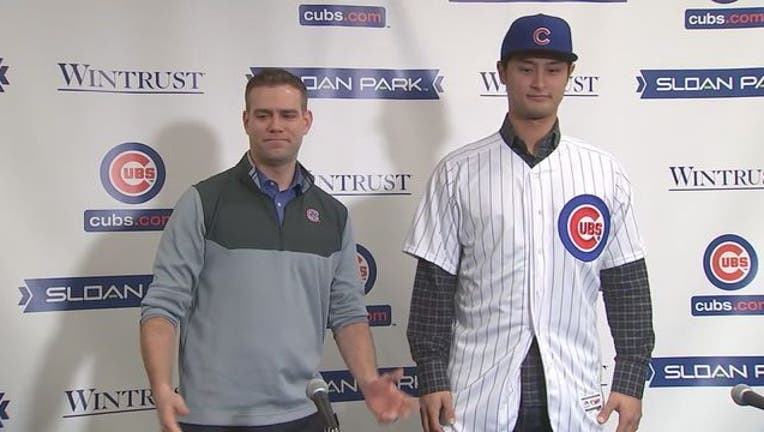 CHICAGO (AP) - Yu Darvish and the Chicago Cubs have finalized their $126 million, six-year contract, by far the largest deal in a slow-moving free agent market.

In addition, the Los Angeles Angels gave outfielder Justin Upton a $106 million, five-year contract in November before he could become a free agent.

A four-time All-Star, Darvish finished last season with the Los Angeles Dodgers, helping them knock out the defending champion Cubs in the playoffs to reach the World Series. The 31-year-old Japanese right-hander is expected to take the rotation spot of Jake Arrieta, who became a free agent.

Darvish went 4-3 with a 3.44 ERA in nine starts with the Dodgers down the stretch. He shut down the Cubs in Game 3 of the NLCS, striking out seven while pitching 6 1/3 innings of one-run ball in a 6-1 victory at Wrigley Field.

But Darvish was hit hard in the World Series against Houston, managing just five outs in each of his two starts - including a Game 7 loss.