The Washington Nationals stayed in the fight, forcing a Game 7 with a 7-2 win against the Houston Astros Tuesday night.

The game took off quickly, with Nationals’ Anthony Rendon smartly grounding an RBI single through the vacant side that put the team ahead 1-0. 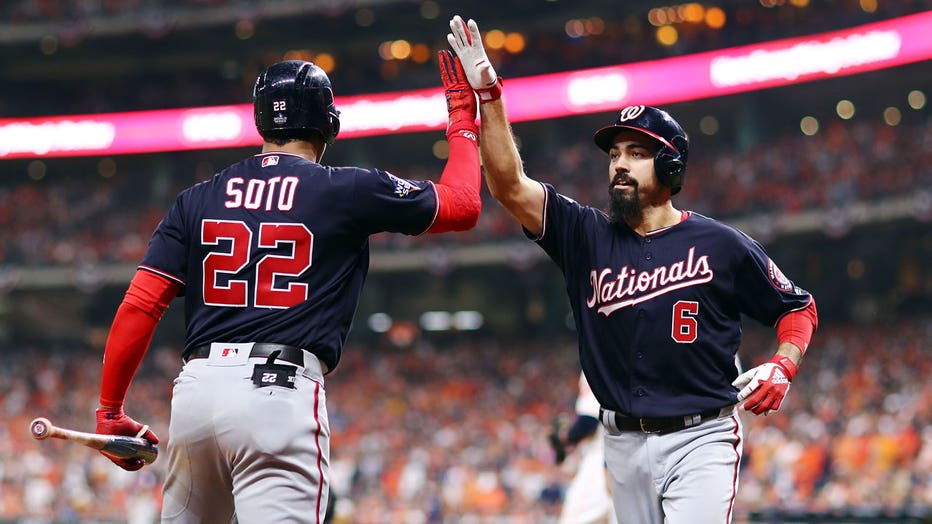 But the Astros quickly bounced back. George Springer hit a double on Stephen Strasburg’s first delivery, taking third on a wild pitch and scoring on Jose Altuve’s sacrifice fly to the warning track.

With two outs, Alex Bergman hit a homer to deep left field. He trotted with his bat past the bag at first, dropped it in the dirt and continued around the bases. Yuli Gurriel almost followed with a home run, but his ball was caught against the wall.

The Nationals then took the lead in the top of the fifth with back-to-back home runs by Adam Eaton and Juan Soto.

In the sixth inning, Stephen Strasburg struck out six and threw 86 pitches to help keep the Nationals’ lead.

After a controversial call against Trea Turner in the seventh, Rendon hit a two-run shot, bringing the Nationals to 5. But manager Dave Martinez was ejected from the game after getting into a heated argument over the call with the umpires. Bench coach Chip Hale had to physically restrain Martinez during the volatile exchange. 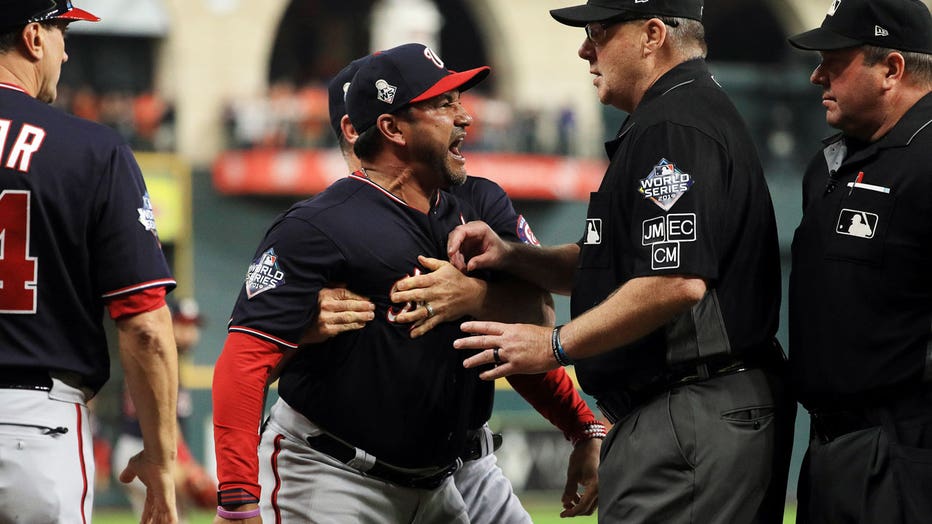 Washington Nationals Manager Dave Martinez gets into a heated exchange with umpires following a controversial call during Game 6 of the World Series. (Photo by Mike Ehrmann/Getty Images)

The call led to a nearly 5-minute delay while umpires put on headsets in the replay room. Part of the discussion was whether the interference play was reviewable, but it was an umpire's judgment - which cannot be challenged.

The Nationals gained an even stronger lead in the top of the ninth when Rendon hit another two-run homer. The Astros weren't able to make up the difference in the end.

So far, the visiting team has won every game in this series. Houston has lost three games in a row at home for only the second time this year.

The final game of the World Series takes place Wednesday at 8:07 p.m. EST on FOX.