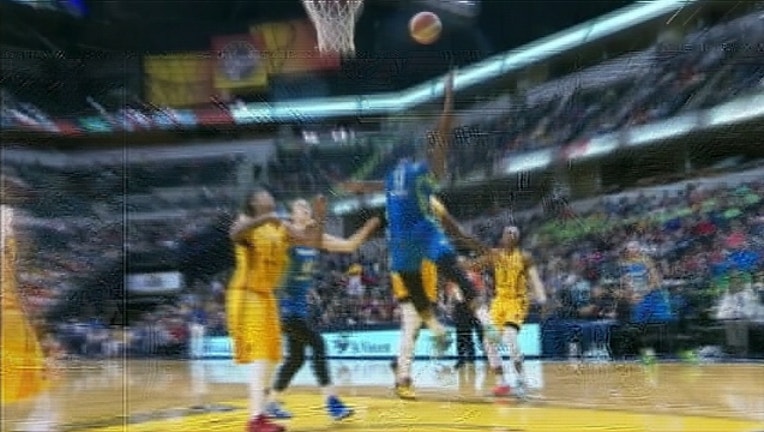 The Wings never trailed after going on a 14-2 run to lead 58-53 in the third quarter. The Fever rallied to a 68-all tie on rookie Tiffany Mitchell's driving layup late in the quarter, but Mitchell failed to convert the 3-point play and Indiana never pulled in front.

Odyssey Sims had 14 points, Karima Christmas scored 13 and Theresa Plaisance added 12 for the Wings, who played without star Skylar Diggins. She tore her ACL last season. The Wings said after the game that Diggins was day-to-day. Dallas plays in New York on Sunday night.

Mitchell, the ninth overall pick in the 2016 WNBA draft, led the Fever with 18 points in her debut. Erlana Larkins had 14 points and 13 rebounds, Erica Wheeler scored 13 and Maggie Lucas 11.