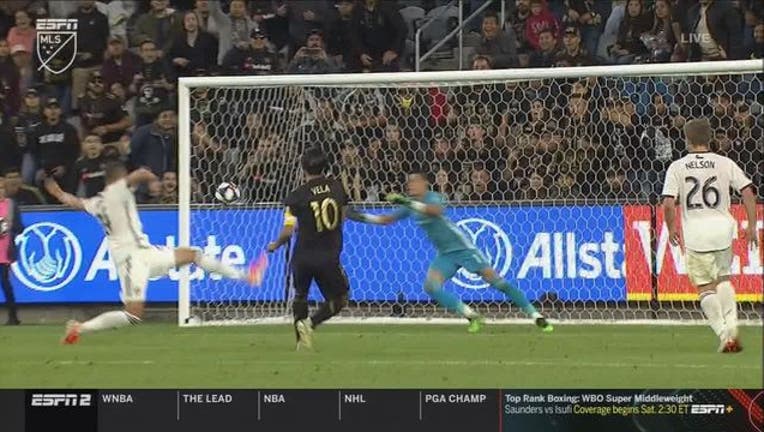 Los Angeles (9-1-3) extended its lead atop the Supporters' Shield standings with a third victory during a five-game unbeaten streak. Dallas (5-5-2), which has 16 goals this season, has lost three straight games.

Vela opened the scoring in the 39th minute by settling Eduard Atuesta's pass with his right foot and finishing with his left. Vela also curled a free kick off the crossbar in the 10th minute and narrowly missed a chip shot on a breakaway in the 89th.

Diego Rossi scored his seventh goal of the season, snapping a 627-minute scoring drought, in the 83rd minute. The goal was initially waved off for offside but the call was overturned following a video review.

The teams will meet again on Sunday in Texas.