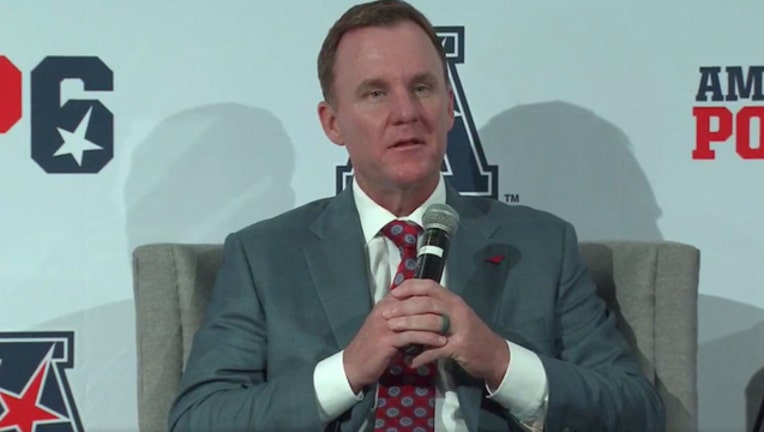 NEWPORT, R.I. (AP) - South Florida is the overwhelming choice to win the American Athletic Conference in a media vote, with Memphis favored to win the West Division.

The Bulls went 11-2 and finished last season ranked 19th in the nation. But Temple won the East and the conference by beating Navy in the title game. New USF coach Charlie Strong, who replaces Willie Taggart, brings back many of last season's key players, including star quarterback Quinton Flowers.

USF received all 30 first-place votes to win the East and 26 to win the conference.

SMU finished 5-7 in 2016, one shy of bowl eligibility. Chad Morris returns as head coach for a third season on the Hilltop after an offseason flirtation with the open Baylor job that eventually went to Temple coach Matt Rhule.

The goal is a bowl in 2017 for the Mustangs, who have 7 home games this season. Their efforts got a boost when WR Courtland Sutton announced in the spring he would return for his final season. Sutton is regarded as a potential first round NFL Draft pick.