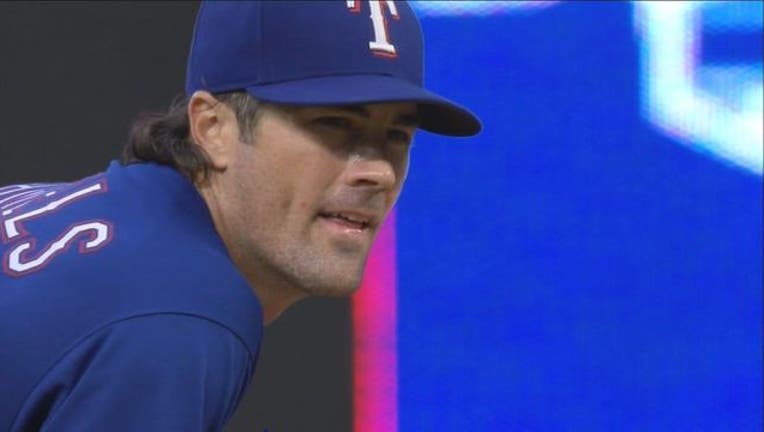 ARLINGTON, Texas (AP) - Justin Verlander and Cole Hamels were both acquired in midseason trades by teams looking for championships.

Verlander and the Houston Astros needed only two months together last year before winning the World Series. The Texas Rangers are still trying 2½ seasons after getting Hamels.

When the Astros open their title defense on the road against the Rangers on Thursday, the formerly traded aces will be starting against each other.

"Just the two names on the back of the jersey would make you want to show up for this matchup," Rangers manager Jeff Banister said. "For hitters, it could be very challenging."

Verlander is pitching on opening day for the 10th time in 11 seasons. The 2011 AL MVP and Cy Young Award winner started nine of the last 10 openers for the Detroit Tigers since 2008.

"It's a full-circle moment," Verlander said. "Just being out there Game 1 of the season, everybody is so high on expectations and so excited about the upcoming season, the unknown, what's going to happen with their team. It's a unique atmosphere."

Verlander had spent all 13 of his big league seasons with Detroit before approving a trade to Houston just seconds before the Aug. 31 deadline to be eligible for the Astros postseason roster. He went 5-0 with a 1.06 ERA in five September starts, including 11 strikeouts in six innings at Texas in his last regular-season start, and was 4-1 in six postseason games.

This will be the fourth career start on opening day for Hamels, the World Series 2008 World Series MVP for Philadelphia, which won the NL pennant again in 2009. This will be his second opener for the Rangers since he was acquired from the Phillies in July 2015.

Hamels and Verlander both were traded with contracts through 2019, though this is potentially Hamels' last season in Texas.

The only way Hamels could have guaranteed the $20 million option the Rangers hold for 2019 would have been with 400 combined innings pitched in 2017 and 2018. (The deal has a $6 million buyout). He is 252 short of that going into this season after being limited last year by a strained right oblique.

"Ultimately when I signed the deal, I always said it was a seven-year deal. Mentally, that's how I live by it," Hamels said before spring training. "It's a matter of doing what I know I'm capable of doing. ... They've got to make the tough decisions. It's a matter of me just making sure they have to make it."

Some other things to know about Lone Star State season opener:

Houston, favored to win another AL West title, was 21-9 during spring training - only Boston had more wins (22). The Rangers had the fewest spring training wins with nine, and were 0-10-1 in their last 11 games in Arizona.

Rangers 3B Adrian Beltre is starting his 21st big league season, the only active major leaguer with at least 20 seasons. He has 3,048 hits and 462 homers. Bartolo Colon, a 44-year-old pitcher with 20 seasons, has a minor league contract with Texas and expected to be added to the big league roster to pitch the fifth game of the season.

This is the third time the Rangers play an opener at home against the World Series champions but the first at their current ballpark. They opened the 1974 season against the defending champion Oakland Athletics and 1978 against the New York Yankees.