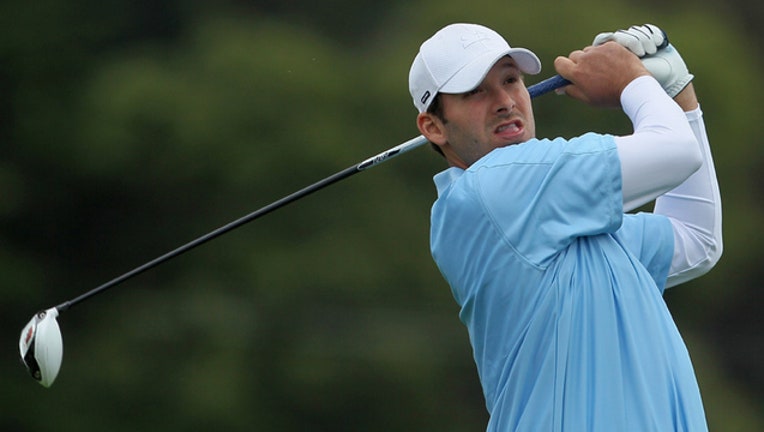 Tony Romo hits his tee shot on the third hole during the final round of the AT&T Pebble Beach National Pro-Am at Pebble Beach Golf Links on February 12, 2012 in Pebble Beach, California. (Photo by Jeff Gross/Getty Images)

Romo, now the lead NFL analyst for CBS Sports, has received a sponsor exemption to play in the inaugural Puntacana Resort & Club Championship on March 22-25. The tournament is held the same week as the Dell Technologies Match Play and will not feature any of the top 64 players in the world.

Romo has tried to qualify for the U.S. Open three times. He advanced to the final stage of qualifying in 2010 but had to withdraw. He also played last year in the Western Amateur, failing to make the cut for match play.

Romo is playing the AT&T Pebble Beach Pro-Am this week with Will Zalatoris.