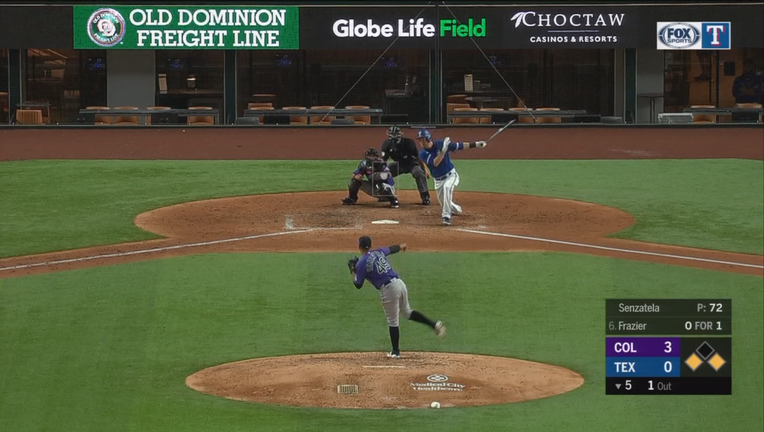 But it didn't mean much because it was an exhibition game against the Colorado Rockies. The Rangers lost 3-7.

The team used two designated hitters and a 10-man batting order. Willie Calhoun was one of the DHs, and he was No. 2 in the batting order nine days after coming out of an intrasquad game because of a hip strain.

In another stretch of the rules for the final tuneup for the regular season, Calhoun would be replaced by a courtesy runner if he reached base but allowed to remain in the lineup to bat again.

Ronald Guzman was batting ninth as the second DH. Manager Chris Woodward said the umpires and the Rockies were OK with the plan, though Colorado manager Bud Black joked that he was going to use 11 batters.

The Rangers will play the Rockies again in Arlington at 7:05 p.m. Friday for opening night.