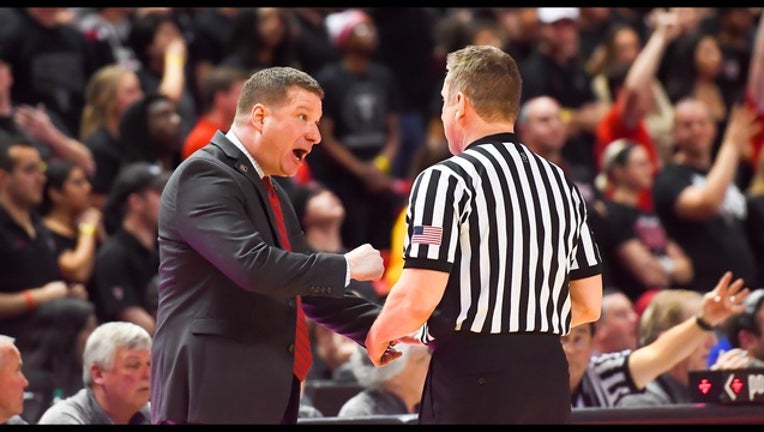 Head coach Chris Beard of the Texas Tech Red Raiders argues a call with an official during the second half of the game against the Kansas Jayhawks on February 24, 2018 at United Supermarket Arena in Lubbock, Texas. (Photo by John Weast/Getty Images)

Beard is 41-22 at Texas Tech since replacing Tubby Smith two years ago.

Hocutt said he is "extremely proud" of the direction of the program under Beard.