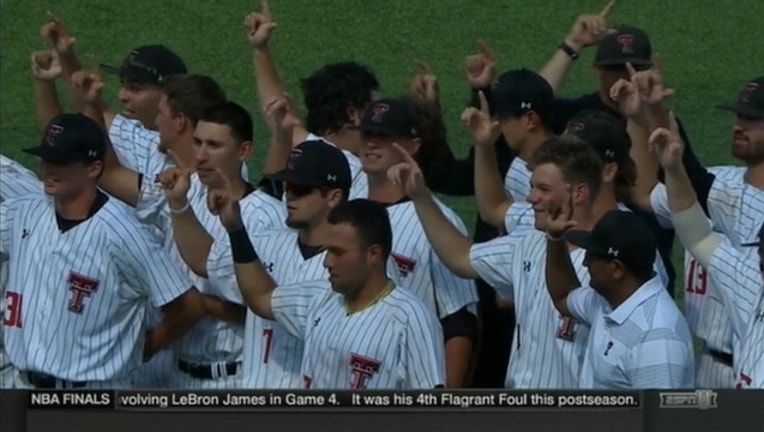 LUBBOCK, Texas (AP) — Erikson Lanning struck out a career-high six, Eric Gutierrez drove in three runs and Texas Tech advanced to the College World Series for the second time in three seasons, beating East Carolina 11-0 on Sunday in Game 3 of the super regional.

Lanning held the Pirates to two hits over seven innings in the longest outing of his career. He retired 10 consecutive batters after putting runners on second and third with one out in the first inning.

Gutierrez picked up where he left off after his go-ahead, two-run single in the 13th inning of Game 2. He drove in two runs to make it 3-0 in the first and added another in the seventh to make it 7-0.

Texas Tech found ways to shut down ECU's offense throughout the game and especially catcher Travis Watkins. He accounted for hitting in seven of ECU's nine runs over the first two games but went 0 for 3 with a walk on Sunday.

East Carolina immediately dipped into its bullpen in the first inning after Gutierrez's two-run single on starter Jacob Wolfe's 28th pitch. The Pirates switched pitchers three times in the first four innings while the Red Raiders built a 6-0 lead.