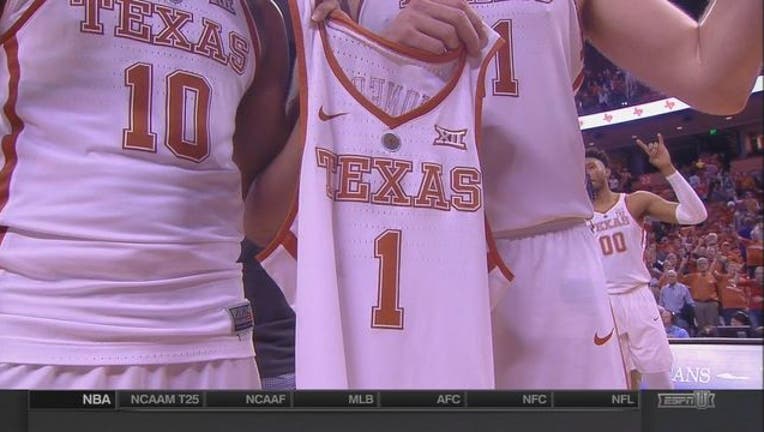 The sophomore guard was diagnosed in January and is at the University of Texas MD Anderson Cancer Center in Houston.

The family says in a statement Saturday that Jones recently was able to get out of bed, a "huge difference" from when he was first diagnosed.

Jones considered going to NBA after his freshman season but returned to Texas. He was the team's leading scorer when sidelined for several games with a wrist fracture. He was diagnosed with leukemia after complaining of always feeling tired. His last game was Jan. 1 against Iowa State.

A fundraising website set up by the school to support Jones' family has raised more than $150,000.