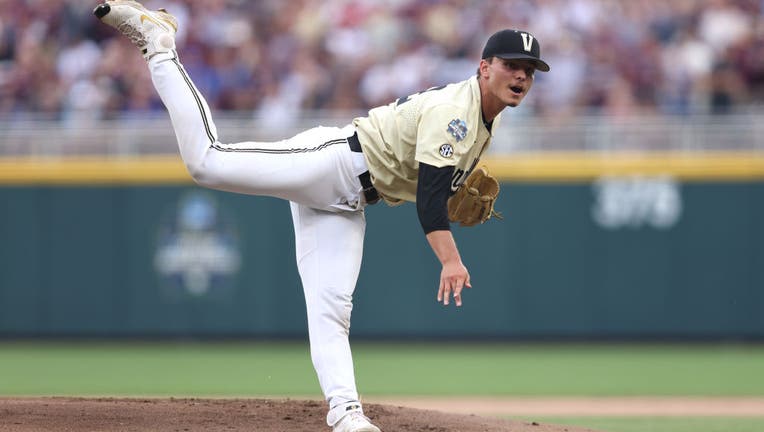 OMAHA, NEBRASKA - JUNE 28: Jack Leiter #22 of the Vanderbilt Commodores pitches in the first inning during game one of the College World Series Championship against the Mississippi St. Bulldogs at TD Ameritrade Park Omaha on June 28, 2021 in Omaha, N

With the second overall pick in the 2021 MLB Draft, the Texas Rangers selected pitcher Jack Leiter from Vanderbilt University.

The 21-year-old is the son of former big league pitcher Al Leiter.

The Rangers grabbed Leiter with the second pick, landing a right-hander with a mid-90s fastball and two overpowering breaking pitches.

Leiter is the son of former big league All-Star pitcher Al Leiter. His repertoire that could play near the top of a big league rotation. He was 11-4 with a 2.13 ERA with the Commodores, including a no-hitter against South Carolina. He struck out 179 in 110 innings.